An insight into the real Oliver Reed 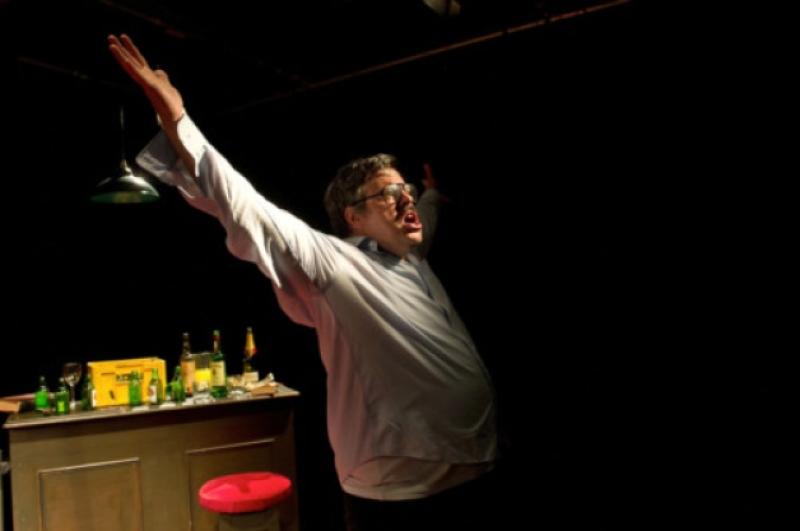 AN award-winning one man show on the actor and hellraiser Oliver Reed has been endorsed by his son who believes that his late father would be flattered by the production.

AN award-winning one man show on the actor and hellraiser Oliver Reed has been endorsed by his son who believes that his late father would be flattered by the production.

Oliver Reed – Wild Thing, by Mike Davis and Rob Crouch , whichgarnered four and five star reviews at the Edinburgh Fringe will be performed for one night only at the Watergate Theatre on April 26.

This superb homage to renowned actor Oliver Reed, makes for a mind boggling solo show about the legendary hell-raiser as he knocks back a few drinks and shares his incredible life story told by Rob Crouch. From the boyhood excitement of learning he was a descendant of Peter the Great, through the success the movie Oliver, boozy adventures with Keith Moon and disastrous chat show appearances - this was a life well lived.

Though Ollie (as he was fondly called) may appear an unstoppable force of nature, in Mike Davis and Rob Crouch’s monologue, Oliver Reed – Wild Thing, we meet Reed on the last day of his life, in a pub in Malta in 1999 where he was filming Ridley Scott’s Gladiator. Time is fast running out for the ‘Wild Thing’ and Rob Crouch brings Reed back to vivid life in this swaggering and brilliant evening of entertainment.

His son Mark explained that he was doing an interview with a radio researcher around 18 months ago who told him about a one man show. “I went along with my wife and I saw it in a small theatre. After the shot I met Rob at the bar and I told him that I thought it was great and offered with help them and to add bits where there were gaps in terms of colour and chronology.

“To see someone play your father is a very different thing and I think that it was only right and proper to make it as accurate as possible. It picks up on my father as an actor and as a hellraiser but it also searches and goes deeper to understand what made him tick. To me that was the attractive bit, trying to work out what made him tick.”

“He was a very loving and supportive father but he was not always easy. He was a very large character and both of us are fairly strong characters and I loved him and he loved me. He would probably be very flattered that there are still people talking about him 14 years after he did.

“It is balanced as it shows the quieter side of the man as well as remembering his great work and his hell raising ways. It touches on everything,” he added.

Oliver Reed - Wild Thing will be performed at the Watergate on April 25 at 8pm and tickets are €18.