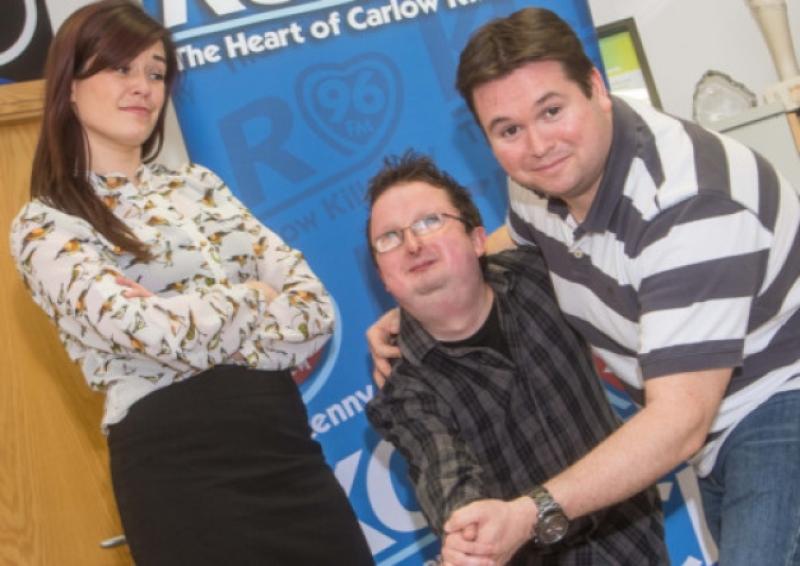 There are two more well-known names confirmed for the upcoming Strictly Let’s Dance extravaganza in aid of the Irish Heart Foundation, as KCLR DJs John Keane and Eoin Carey have both agreed to take to the dancefloor.

There are two more well-known names confirmed for the upcoming Strictly Let’s Dance extravaganza in aid of the Irish Heart Foundation, as KCLR DJs John Keane and Eoin Carey have both agreed to take to the dancefloor.

The hit TV show has always been a guilty pleasure for John Keane, so he was quick to agree to take part in the star-studded event.

“‘Its all about the taking part in Strictly Lets Dance’ is not what you will hear from Eoin or John but who will win, or at least, who will beat the other one?” he said.

For Eoin, it was more a case of public demand, as event organiser Rachael Ellard asked him live on air to don the sequins and lycra. Texts came flooding in from listeners encouraging him to do it, so the battle now begins as the pair go head to head to see who’s really got the moves like Jagger.

“I thought I had signed up to be Bruce Forsyth.”

There are still a few places left for members of the public to take part. There will be six weeks of training, two nights a week and you don’t need a partner and no dance experience is required

The Irish Heart Foundation is our National Charity fighting to reduce premature death and disability from Heart Disease and Stroke. So this this is a wonderful opportunity to learn new skills, get fit for summer and make new friends, while helping raise vital money to save more lives from heart disease and stroke, which claimed 220 lives in Kilkenny in 2011.

To get involved or for more information call Tracy Power on 087-2800995 on or log on to Facebook page Strictly Let’s Dance Kilkenny.

The Strictly Let’s Dance finale takes place on Saturday, June 8 at the Lyrath Hotel, Kilkenny. Tickets are available for €20 per person, call Tracy at number above.