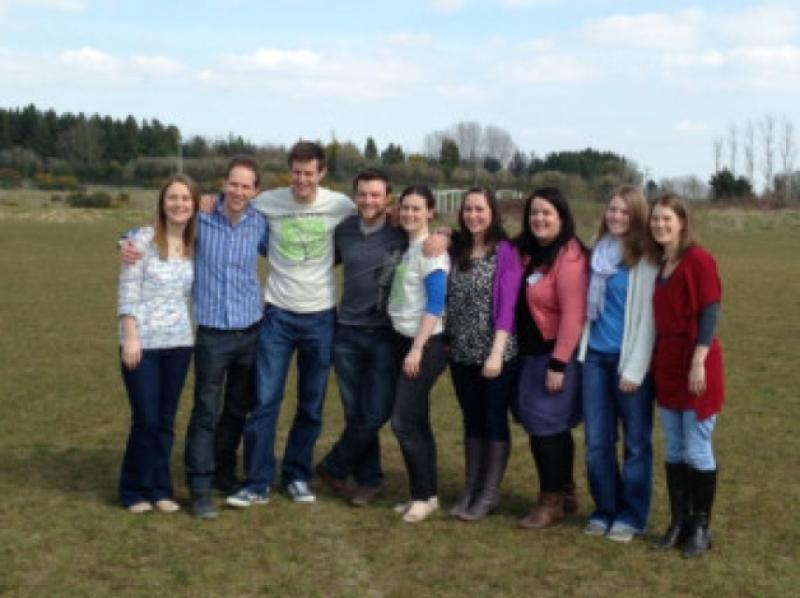 Seven-week-old Jake Harper was the youngest in attendance, while the oldest was Bill Harper (96). The youngest family member, Ian Harper (born on March 20) skyped in from Perth, Austrialia for the opening event on the friday night. The use of live stream and Skype was a huge advantage to include those who were not able to attend.

There was lots of catching up and chat in the tea rooms, over 1000 cups of tea and coffee were consumed with trays of homemade tray bakes. Since the last reunion in 2006, the family has recorded 70 children born, 14 marriages and only three deaths.

Other events ranged from art exhibitions of photos, pottery, crafts, paintings, wood turning, needle work, special effects modeling, to a group art project, for which the artist took the finger print of everyone who attended to make up the outline of a large finger print.

“This was our fourth Harper reunion,” said Jill Harper.

“Without the inspiration and the support of the Gathering 2013, we would not have been able to accomplish our largest reunion to date.Their passion to bring family home this year planted the idea in our heads to grow our family invitation list to those descended from Sgt Robert Harper, a further three generations back from our previous reunions.”

Lt Larry Scallon of the James Stephen’s Barracks gave a talk on the Kilkenny Militia in which Sgt Robert Harper served (1805-1840). There was also a tour of the barracks and the original homestead in Coan West, Kilkenny.

Then, there were other talks/seminars, all lead by different family members, included ‘Who do you think you are?’ ‘It’s in the genes’, ‘Our response to the poor’, ‘The family business’, and ‘Being a Harper Abroad’.

Afternoon tea was held with eight remaining grandparents from the oldest generation, which was filmed and some volunteered to be interviewed. Other activities included a visit to Nore Valley Park, kids’ activities and bouncy castle, a talent show, photo booth and ceili.