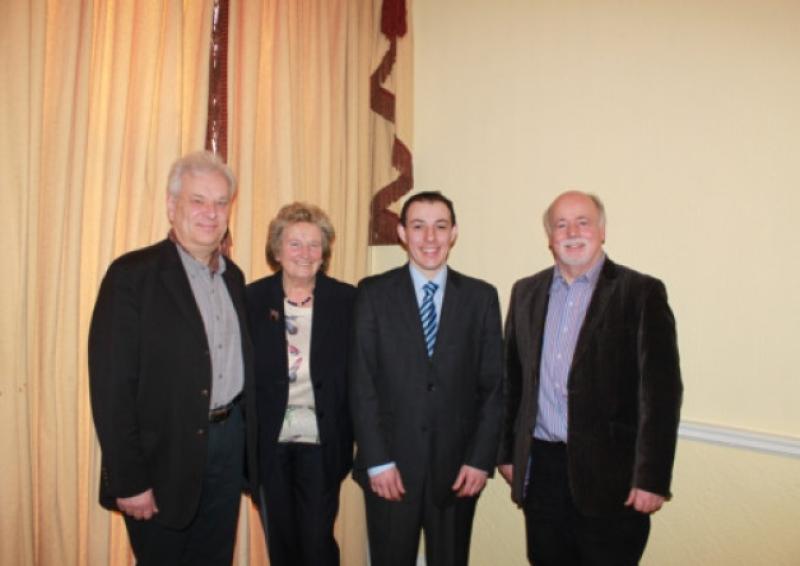 The Mayor of Moret sur Loing, a town just outside Paris, was a guest in Kilkenny for this year’s St Patrick’s Day festival.

The Mayor of Moret sur Loing, a town just outside Paris, was a guest in Kilkenny for this year’s St Patrick’s Day festival.

Moret is the twinned town of Kilkenny and has had various links over the years. As the mayor, Patrick Septiers, was in two for a few days the Alliance Française of Kilkenny (who run classes for learning the French language and highlight French Culture) were co-hosts with the Club House Hotel (where their activities are based).

President of the Alliance Française in Kilkenny Fred Tuite introduced the mayor and welcomed him back to Kilkenny, and spoke about the links between the two places. In turn, Mr Septiers spoke of his delight to be in Kilkenny and showed a film on Moret sur Loing, which highlighted the history of the town and the artistic inspiration it has given to so many artists – particularly the Impressionist Alfred Sisley.

He took some time to mix, meet and mingle with the members of the Alliance Française de Kilkenny before moving on to take in some traditional Irish music in the pubs. The Alliance and the mayor were most grateful to Ian Brennan of the Club House Hotel who hosted the event.