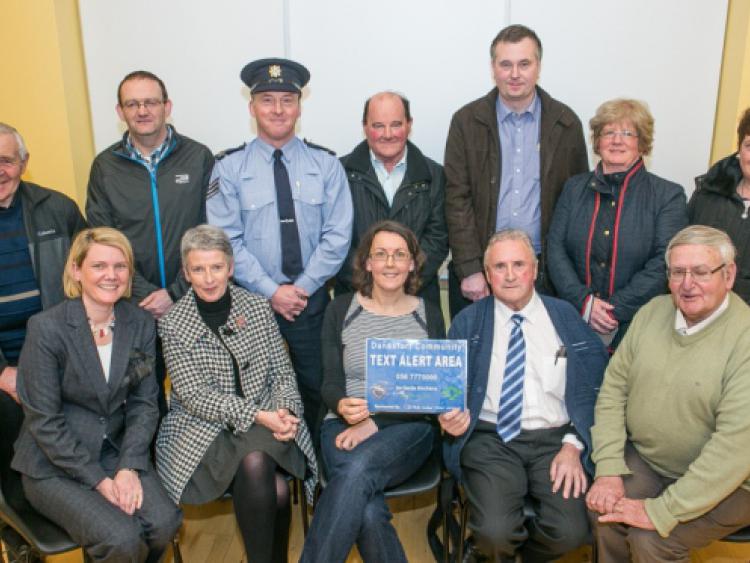 A new community alert scheme was launched in Danesfort on Friday as part of an ongoing effort to tackle crime in Kilkenny.

A new community alert scheme was launched in Danesfort on Friday as part of an ongoing effort to tackle crime in Kilkenny.

The launch, in the Danesfort Community Centre, was attended by local householders, business owners, councillors and members of the Gardai.

It is part of a community-wide effort to curb the number of break-ins and burglaries, which have been on the rise around the county in recent years. Participants are also on the lookout for rogue traders and other criminals.

The scheme was tentatively established in November of last year. The text alert runs from 10am to 7pm daily.

Community alert and text alert schemes are in operation in many parts of the county, including Urlingford, Castlecomer and Glenmore.

Urlingford’s own community alert scheme remains in operation – although some of the signs were damaged during the recent storm weather. New, stronger signs are now being put up.

The Urlingford scheme already has over 400 participants.