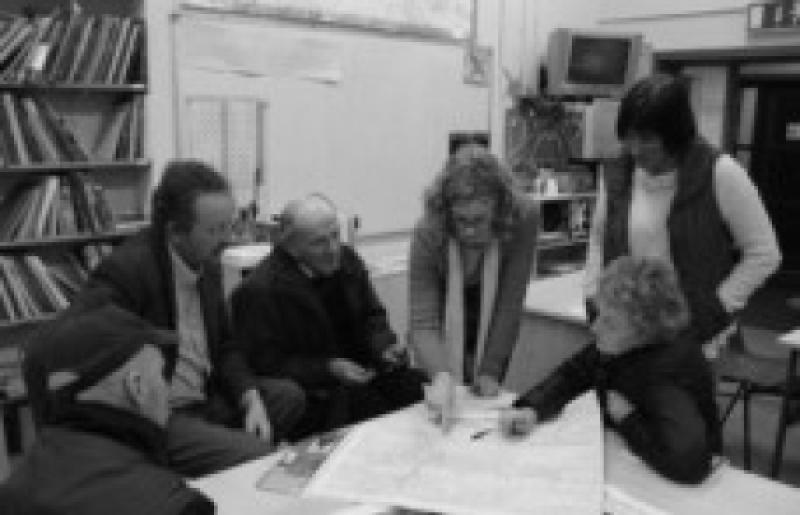 After a long and angry winter the recent spell of dry and settled weather has lifted spirits considerably. The welcome sunshine is warming the moist soil as the colour of the grass on the hillsides deepens. Growth prospects look good and as soon as the fields are dry enough farmers will have their breeding heifers out of their winter lodgings to get a gloss on their coat before meeting the bull.

After a long and angry winter the recent spell of dry and settled weather has lifted spirits considerably. The welcome sunshine is warming the moist soil as the colour of the grass on the hillsides deepens. Growth prospects look good and as soon as the fields are dry enough farmers will have their breeding heifers out of their winter lodgings to get a gloss on their coat before meeting the bull.

But farmers and their animals are not the only ones out in the fields these days. In many parishes volunteers are visiting farms in an effort to gather and record the names of all the fields in the county as part of the Kilkenny Field Name Research Project. The Project, co-ordinated by the Heritage Office of Kilkenny County Council and co-funded by the Heritage Council, is now in its third year and has hopes that 2014 will be its most productive year of recording yet. It hopes to double the number of 40 townlands surveyed and the number of 1750 field names recorded to date. To achieve this goal it will need more volunteers.

Why bother recording field names at all and what satisfaction do the volunteers draw from the work? Alan Counihan, the Project Co-ordinator, feels that the field names represent an essential key to the history of our local landscapes and often of the families who inhabit them. They open a window on to the micro-history of place and habitation, of events or conditions that shaped the every day lives of previous generations. A surprisingly large percentage of field names in Irish have been recorded and they provide the best insights to the histories of the county’s soil and people over centuries.

Carmel Cummins, who has been recording field names in the Civil Parishes of Clonamery and Inistioge, feels that landowners are welcoming of this work and very open to sharing their knowledge and love of the land. She senses a pride in place, in stories and landmarks, and especially in knowledge specific to a farm, such as field names. Carmel says that “each year, farm-work moves with the seasons but life on an Irish farm is also lived in an awareness of centuries, even millennia, past. When landowners share and record field names or re-tell local stories, as they generously do, they allow all of us access to that heritage of which they are guardians”

James Murphy of Fiddaun Upper in the parish of Inistioge recently added the names of his fields to the Kilkenny Field Name Research Project’s archive. He says that the names have always been central not only to his life but to those of his parents and children and that he is delighted to be passing it on and sharing the history of his home place with others. That history goes far back beyond his family’s arrival to the lower slopes of Saddle Hill. In The Stone Field on Jame’s farm stands an ogham stone, marker of an ancient territorial boundary. As if to emphasise the secrets to be discovered through their names James tells us that the fields on top of Saddle Hill are known as Fearannree, or Fearann an Rí, the Land of the King.

Dick Claridge of Davidstown in Kilcolumb Civil Parish in south Kilkenny is another volunteer who derives great enjoyment from field name recording. Having worked all his life on the family farm and with the ESB for forty seven years, Dick derives great enjoyment in the social aspect of the survey work. As much of his working life was spent going from door to door among his neighbours repairing line faults or other local emergencies he finds the field name survey work a great way to renew or maintain connections and to learn more about his local history. Over the winter months of 2013 Dick recorded over 350 field names from 14 townlands.

The discovery of the secrets of their local history and the saving of it for future generations is a satisfaction common to all the Kilkenny Field Name Research project’s volunteers.