Plenty of questions as borough goes gentle into that good night 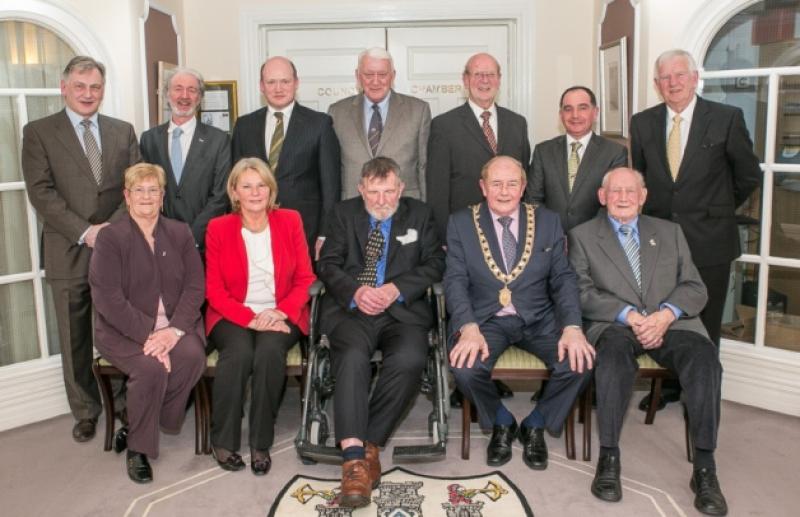 There are only two guarantees when a visiting politician or special guest makes a speech in Kilkenny. The first is that they will make a quip about hurling; the second is that while complimenting Kilkenny City, they will inadvertently refer to it as a ‘town’.

There are only two guarantees when a visiting politician or special guest makes a speech in Kilkenny. The first is that they will make a quip about hurling; the second is that while complimenting Kilkenny City, they will inadvertently refer to it as a ‘town’.

Sometimes, they will be pulled up on it, but more often then not, the room is just filled with the sound of a dozen passive-aggressive people hissing the word ‘city’ under their breath. People in Kilkenny take their city status seriously; even in straitened times when cynicism about politicians is de rigeur, we still like our mayor, our city, and most liked their borough council.

Last month’s final-ever meeting of Kilkenny Borough Council – bringing almost 800 years of history to a close – tugged at the heartstrings for some. It was an emotive occasion for a lot of the members, not least the outgoing Paul Cuddihy, who has served on the council or Corporation for an incredible 20 years.

With the local elections just last month, the changes still may be not more keenly felt for a few years yet. Kilkenny has gone from having 38 elected representatives to having just 24, and the ‘city Government’ is no more.

The reasoning for this overhaul of local Government was partly to do with reform (few arguments needed there), and the other was cost. The archictect is Minister Phil Hogan, who has been through one of the structures himself; he was a county councillor during nearly all of the 1980s, even being the Cathaoirleach.

At a Chamber of Commerce meeting before the local elections, Fianna Fail’s Peter ‘Chap’ Cleere spoke up told those present he had counted 11 empty shop units in Graignamanagh, and said there was a fear in some rural communities that money was not making it beyond the ring road.

“[The city is] coming up tops nationally in every metric that has been applied,” says former Mayor of Kilkenny David Fitzgerald.

“We are top in tidy towns, top in tourism, top in retail, top in a whole variety of metrics. These things are not happening by accident. The difficulty is in five or 10 years time when new projects and new challenges are being faced by the city.

“Will there be the political will and the resources available to the council at that stage to take on those new challenges? It’s not the case that people will notice an instant change – they won’t. It’s only in five or 10 years time that you’ll begin to say ‘why hasn’t money been spent on the city, like in the past?’ ‘Why isn’t there re-investment in the tourism product for example, in the city?”

Privately as well as publicly, many local Government members I have spoken to suspect that the system will not work, and further reforms to local Government will have to be implemented in the years to come, to undo some of what has been under taken.

“Subsuming the borough council, you are not saving finance by doing it,” says outgoing Fianna Fail councillor of 20 years John Coonan.

It means there hasn’t had to be too much moving around of staff. There are some executive services, managment branches that have to be moved from City Hall, to County Hall.

And elected representatives – be they borough or county – have to have a relationship with officials.

“It’s both a collaborative and adversarial [relationship] at times. At the end of the day, you won’t achieve anything unless you can work as a team, both the councillors and the management as a team together,” says David Fitzgerald.

“But you have to be prepared to stand your ground and fight your case, and I have on a number of occasions.

“If a councillor is doing the job properly, is a conduit for the public to feed into local government. And my big fear in terms of the abolition of town local Government – is that information channel from the public into the council will be lost. You won’t have the same connection between the citizen and the local Government system. That’s my big fear. That and the loss of control of income.”

The loss of income is the one that has most people worried, particularly business owners. The rates they raise in the city, they want to stay in the city – for investment here, not out in the further out rural areas.

“My real difficulty is when we had a borough council, a charter, city status – our focus was on the city’s needs like tourism, and Kilkenny City was the hub,” says John Coonan, who feels the city is an ‘economic driver’.

“ I’m worried that the economic driver will be weakened because of this.”