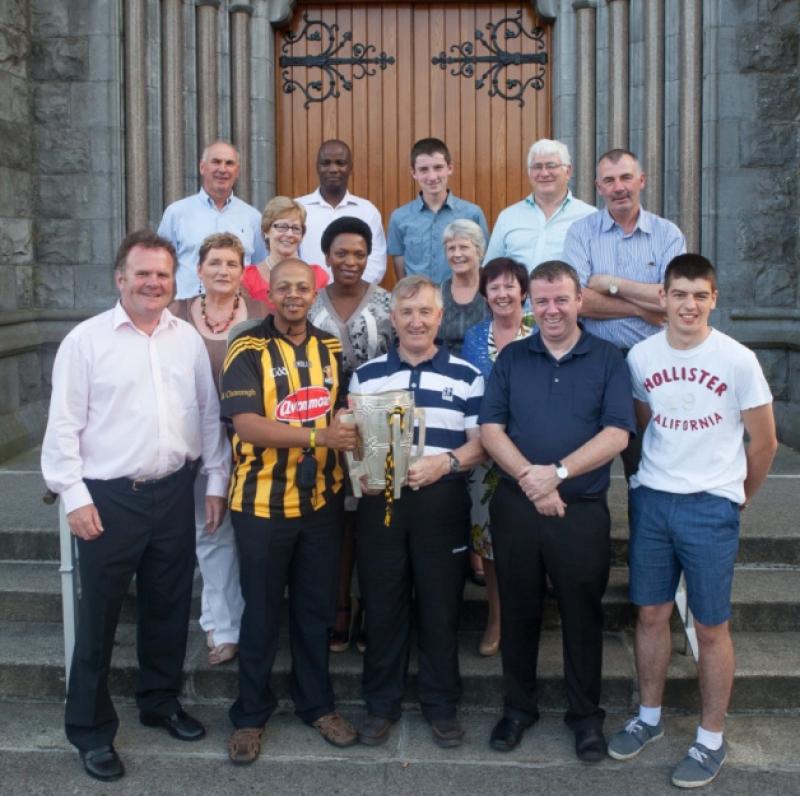 It was smiles all round when Fr Thulani Gubula celebrated Mass at St John’s Parish on Sunday evening.

It was smiles all round when Fr Thulani Gubula celebrated Mass at St John’s Parish on Sunday evening.

The priest was ordained at the Christ the King Cathedral in Queenstown in South Africa last December and his religious education was largely funded by the generosity of the people of Kilkenny.

Cllr Joe Malone was at the Mass along with Fr Tommy Murphy from Ballyragget who were part of the original group involved in the fundraising.

After the Mass around 30 people attended a special function in Langtons Hotel where Rackard Cody showed a video from when the group travelled to South Africa and met for the first time with Fr Gubula. “It was a great occasion and watching the video brought back a lot of happy memories. We were delighted to see him in Kilkenny. The gospel was about the Good Samitaran which was very apt,” he said.

John Crowley and the late Eamon Hennessy were also instrumental in the fundraising venture.

The link between the young priest and the people of Kilkenny was forged back in 2004 when a group travelled to South Africa with the Kilkenny hurling team on their holiday trip.

The group visited a hospice for AIDS victims where they met a young Thulani Gubala who was a domestic and who did the readings and had a great singing voice. Thulani said that above all he wanted to be a priest and the group decided to fundraise to pay for his religious education.