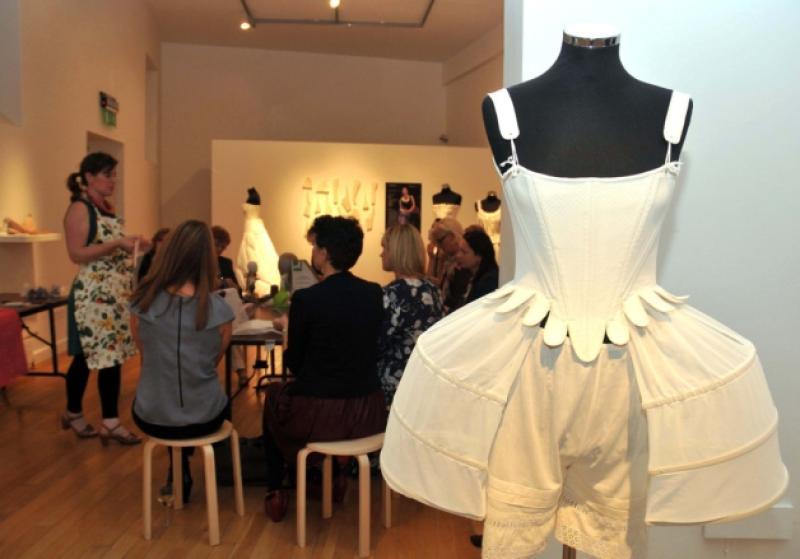 Culture Night 2013 was a resounding success with a wide-ranging programme of free events taking place around the city on Friday night.

Culture Night 2013 was a resounding success with a wide-ranging programme of free events taking place around the city on Friday night.

After a thought-provoking and insightful exploration of the universal questions of What is Greed? What is Good? and What is the Solution? as part of Kilkenny Answers Back which was performed by Donal Gallagher and Alan Raggett,

This was followed by a stunning performance by singer/songwriter Lisa O’Neill whose wit and brutal emotional honesty in her lyrics shines through.

The Parade was transformed into a magical platform later in the evening when the Kilkenny Choir performed a stunning repertoire of Mozart, Bach and Handel.

Rollercoaster Records was a hive of activity with Kilkenny’s own Colm Gray performing. Colm performed in several festivals in the UK this year. His haunting vocal style is matched by his powerful and evocative lyrical content which ranges from songs about his temperamental Collie Dog to Lost Loves and to fictional tales of Witches, Druids and Crows.

Up on stage next was the deliciously dark Cat Dowling who writes beautiful pop songs. Her voice has been lauded as one of the most wonderful and evocative in Irish contemporary music. Her husky and achingly intimate vocals will draw you in from the outset. The acclaimed Irish singer, songwriter and performer previously fronted Babelfish and Alphastates.

Later on in The Set, one of Ireland’s most intriguing acts, Halves is Brian Cash, Elis Czerniak & Tim Czerniak wowed the audience with their blend of a vast range of instruments, acoustic and electronic, to create an evocative, cinematic live experience. Their five releases to date have met with universal critical success, as well as earning them ardent fans from Tokyo to Seattle. Their live show is truly captivating; a mix of synched visuals, strings, brass, and electronics, anchored by soaring guitars and dual drummers.

A number of fun and creative events also took place at a number of other locations around the city including The National Craft Gallery, the Blackstack Studios, the City Library, The Blackbird Gallery, The Gallery Upstairs, The Wishingbone Gallery, The Watergate Theatre, Stonehouse Books and The Canal Square.