Song of the Sea is a contender for an Oscar nomination 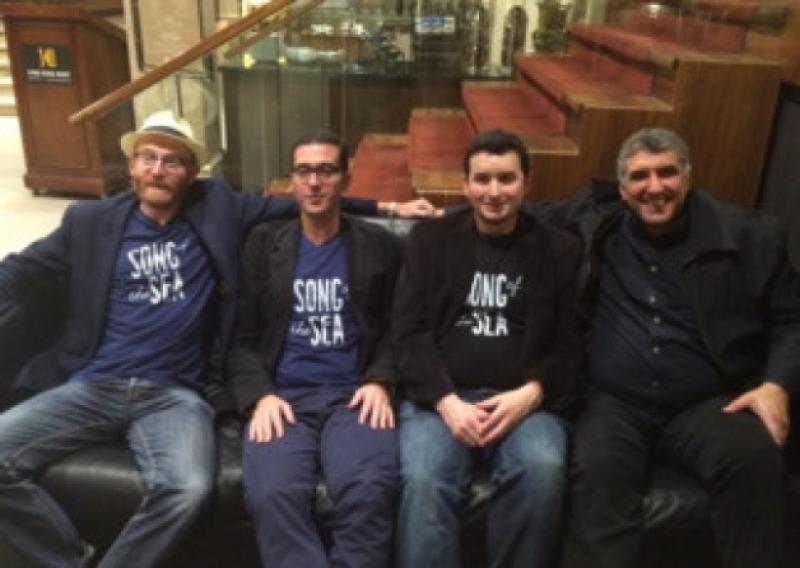 Director Tomm Moore and his talented crew of artists and animators have woven something extraordinarily special in Cartoon Saloon’s second feature length film, Song of the Sea.

Director Tomm Moore and his talented crew of artists and animators have woven something extraordinarily special in Cartoon Saloon’s second feature length film, Song of the Sea.

The film, which is already being mooted for an Oscar nomination had it’s world premiere at the Toronto International Film Festival last weekend.

The film opens to the words of poet, William Butler Yeats and instantaneously the audience is transported into the world as seen through the eyes of Ben, the film’s lead actor. Ben is a young boy and an only child secure in the bosom of his family when tragedy strikes and he loses his mother at the same time as his sister Saoirse arrives into the world.

The film tells the story of how Ben has to deal with this loss in the bleak environs of a lighthouse on top of a steep hill on an island.

There is a great love between the father and his children but there is a palpable sense of grief as father and son try to cope without their wife and mother.

Pru, the dog is Ben’s constant companion and friend and as the film evolves he becomes a tower of strength and support. Saoirse is a special child who does not speak for the first six years of her young life but has a magnificent presence throughout the film.

From the start it is clear that there are magic forces at play and all is not always as it seems as Moore introduces the legend of the selkies and fairy folk to the audience.

The children’s grandmother visits from the city and insists on bringing them back and this is when their adventure truely begins as Ben and Saoirse make their own way out into the world and try to find their way home.

Moore makes an enormous contribution to contemporary Irish literature in bringing the fairy folk back to the forefront of the minds of modern day audiences in such an evocative way.

Universal themes are explored and the quest and search for survival are paramount as is the belief that things can and do work out for the best even when it can appear otherwise. The forces of love and courage are omnipresent in this exquisite piece of art.

There is already speculation that Song of the Sea will deservedly receive an Oscar nomination. What Moore and his team has done is both original and beautiful and also resurrects a part of Irish culture and folklore that has almost disappeared from our consciousness and brings the selkies of the sea, the fairies of the air and the magic of the land to an international audience.

“We had a great Q & A session afterwards with lots of feedback from the kids. It was about two-thirds adults and the rest were kids.

“Younger members of the audience had loads of questions, especially about the characters, like Pru the Dog and the different fairy characters and Saoirse the Selkie - they seemed to be really intrigued by it all, “ he said.

The film will be released in Ireland early next year.