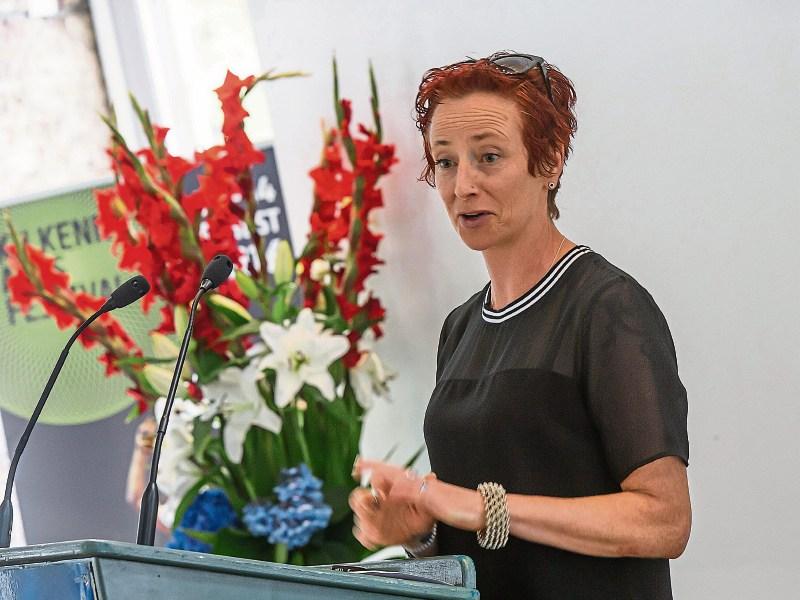 Local writers were given a platform to showcase their work at the launch of the 16th edition of Poetry Broadsheet.

The event, which was part of the Kilkenny Arts Festival took place at the Parade Tower on Friday evening.

Poets were joined by their friends and families at the launch which was opened by renowned Irish poet, Paul Muldoon.

Mr Muldoon told the audience that he was 'delighted' to launch the Kilkenny Poetry Broadsheet - which is a publication which aims to give local writers a platform for their work. He praised the publication and paid special reference to the format saying that he was 'immediately accessible'.

Arts Officer, Mary Butler hosted the event and welcomed all the writers to the launch of their work.

Festival Director, Eugene Downes also spoke and said that poetry was an important part of the festival and noted the involvement of the late Seamus Heaney in Kilkenny Arts Festival.

This year's editor is American-Irish poet Kimberly Campanello. Her most recent collection is Strange Country. Currently she is a lecturer in Creative Writing at York St John University in the UK.

“These works range in subject from the refugee crisi to the ecomonic state of the country to one's relationship with their dog.”

Ms Campanello stated that in judging this year's competition she was looking for what Seamus Heaney calls technique, which is 'a poet's way with words. his management of metre, rhythm and verbal texture; it involves also a definition of his stance towards life, a definition of his own reality. It involves the discovery of ways to go out of his normal cognitive bounds and raid the inarticulate.”