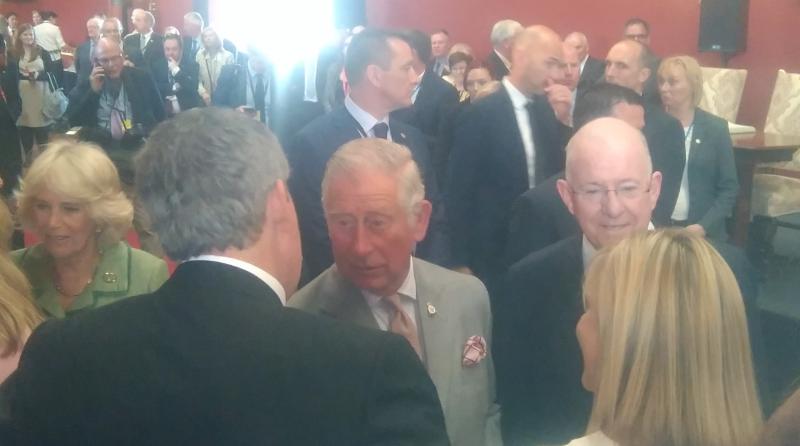 The Prince of Wales has spoken at a Civic Reception in Kilkenny Castle, thanking his hosts for such a warm welcome.

Prince Charles said it was 'great to meet some of great hurlers of Ireland'.

"I have been told that you should ignore the performance in the league and focus on the championship," he said.

"Coming to Ireland gives us the opportunity to show the enormous strength and warmth of our relationship and build on reconciliation.

Local leaders have been welcoming and paying tribute to the Prince and Duchess at the Civic Reception also.

Cllr Matt Doran spoke of the 'allure of Kilkenny' and described it as 'a centre for creativity' and as a 'modern and vibrant' place.

"Kilkenny is forward thinking and outward looking," he said.

Minister for Foreign Affairs Charlie Flanagan welcomed the Royal couple to this 'Medieval city, steeped in history' which 'has a world class reputation for craft and design'.

The Prince has now left the Civic Reception for a meeting with the Heritage Council in the castle's dining room.