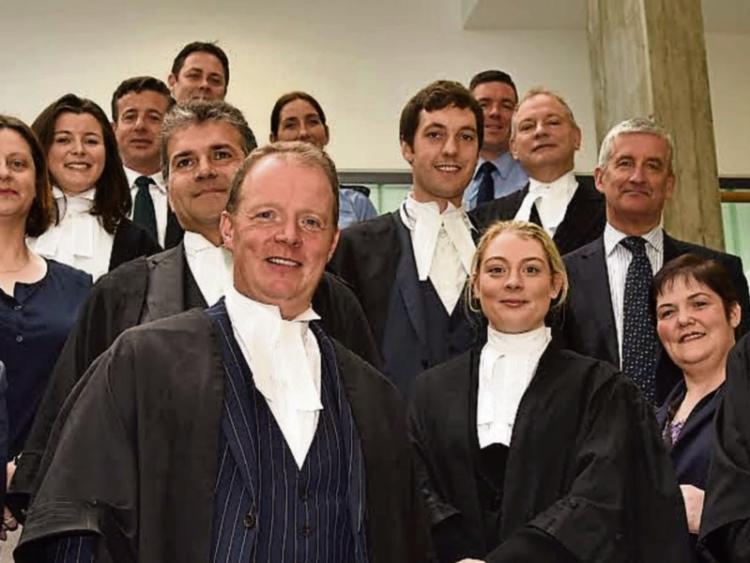 Tributes were paid to a popular Kilkenny barrister who has been nominated by the Government to be appointed to the District Court.

Brian O'Shea is a familiar and well-known face in the courthouse in Kilkenny having worked as the prosecuting barrister for the past five years at Kilkenny Circuit Court.

On Wednesday morning Judge Brian O'Callaghan, who is presiding over the current sittings of Kilkenny District Court informed the court that Mr O'Shea has been nominated by the Government to be appointed as a judge to the District Court.

Judge O'Callaghan remarked that Mr O'Shea had studied at Waterford Institute of Technology before attending the Garda Training College in Templemore and going on to King's Inns.

“He was a well known and active member of An Garda Siochana from 1997 to 2003 and was called to the bar in 2005,” he said adding that Mr O'Shea worked in many different areas of law, including criminal, family and civil.

Mr O'Shea also worked as a college lecturer in Carlow Institute of Technology from 2005 to 2007 and also at St Patrick's College in Carlow.

“To say he brings rounded experience to the practice an of law is understatement,” said Judge O'Callaghan who also remarked that Mr O'Shea would 'bring a very pleasant persona to the bench'.

“You will be sorely missed in the role of State Prosecutor. On behalf of me and all my colleagues in the Circuit Court I wish you nothing but the very best.”

Barrister, Colman Cody also praised his colleague on his appointment and lauded him on his 'diligence, thoroughness, great knowledge of the law and his sense of fairness'. He also commended 'his fairness and ability to see the bigger picture'.

State solicitor, Gerry Meaney also congratulated Mr O'Shea and made reference to the excellent working relationship that they had shared over the past five years. Inspector Anthony Farrell said that on behalf of the gardaí he was 'absolutely thrilled for Brian'.

“I knew him since he worked as a guard in Carlow. He was instrumental in setting up the traffic corps in Carlow and he left a lasting impression as a garda and we wish him every sucess.”

Manager of Kilkenny Courthouse Mairead O'Dwyer said that she had 'the pleasure of knowing Brian for many years'.

“He is kind, courteous and helpful and it is great that Kilkenny City will now have two resident sitting judges.” she said.

Mr O'Shea spoke briefly and said he was 'humbled by what people have said' adding that he had very much enjoyed his time working in the circuit court in Kilkenny.

Mr O'Shea is originally from Owning and is the son of Paddy and Helen O'Shea of Owning Hill.

He has three brothers and one sister.