Patrick Leahy and the late Jack Byrne went abroad in 1950 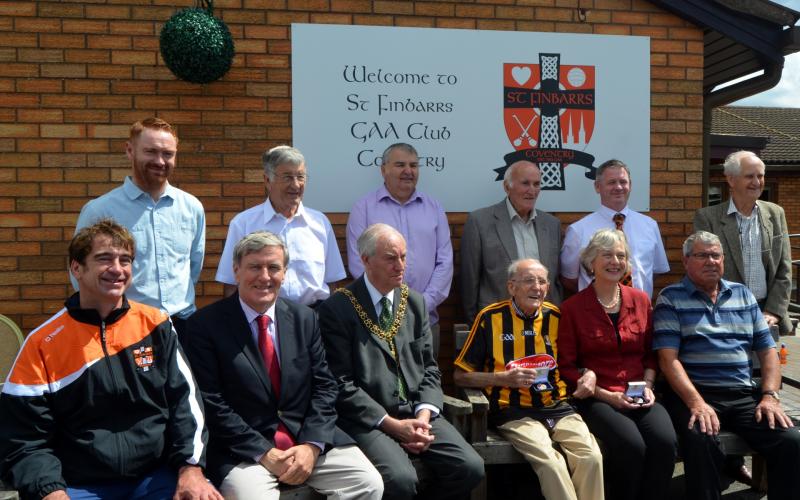 Two Kilkenny men were honoured with specially-commissioned medals recently for their role in founding a GAA club some 560km across the ocean from their native city.

St Finnbar’s GAA Club in Coventry is a proud institution where the Irish in Britain have thrived, and the native game is still going strong, played by all.

Founding member Patrick Leahy proudly donned his black and amber jersey for the moment he received his medal. Fellow founding member, the late Jack Byrne from Kilkenny, was also honoured on the day; his medal was received by his daughter Colette and his grandson Kieran.

Patrick and Jack moved to Coventry as two bright-eyed 18-year-old lads looking for work, to make a life, back in 1950. The pair were both passionate about their native game, as well as their heritage.

Since then, St Finnbarr's has grown into the a modern, busy, and thriving club, and has adapted to the changing times and game. Writer and Irish expat Gerry Molumby says this would not have happened without Jack and Paddy’s dedication to preserving their Irish identity.

The medals were presented at the fourth annual sports family fete, which took place in July. The other guests of honour at the event were Irish ambassador Dan Mulhall and the Lord Mayor of Coventry Tony Skipper.

Well done to all involved — and what a proud moment for the families of Patrick Leahy and Jack Byrne.