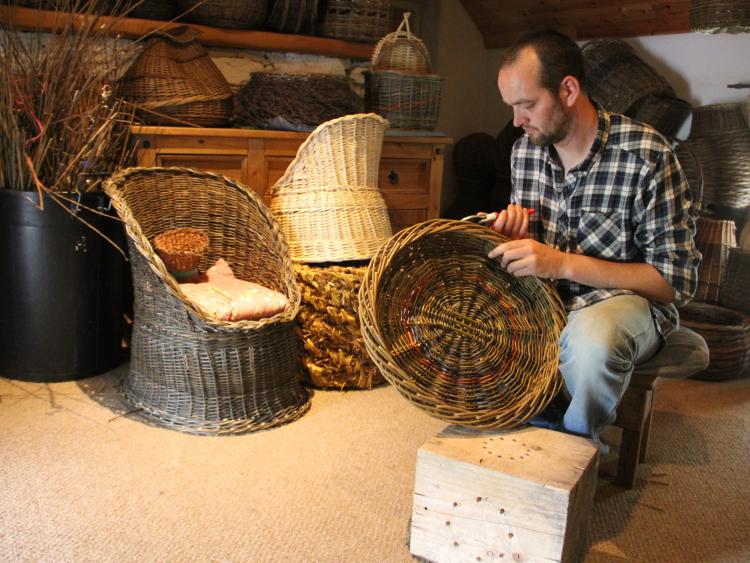 Eamon Tobin in his workshop. One of his pieces was gifted to Prince Charles and the Duchess on their recent visit to Kilkenny

An exhibition of old crafts will be on display in Ionad Dara, Goresbridge as part of Heritage Week 2017 in Kilkenny.

This year, the theme of the exhibition is 'Crafts of Yesterday... Today'. Old crafts will be explored in their historical context and importance in times past and again looked to their relevance in today's much changed world.

In the past, the craftspeople supplied articles of everyday use and importance. Today, with mass-production, technology and cheap imports, the craft had to adapt and change and in some cases become an art form and in others, simply become a hobby - where the craftspeople perfected and developed their craft as a pastime.

The craft stands will show the history and relevance of the craft with samples and photographs and other artefacts and tools associated with the crafts. They will answer questions on their chosen craft and show examples of their work.

The exhibition will continue throughout Heritage Week - August 19 to 27  - with demonstrations of a number of crafts each afternoon from Sunday to Sunday.

Native pottery, a very ancient craft, supplying pots and containers for storing food and liquid for domestic households and farms, has had to compete with imported wear for centuries. In the last century, while we have had success with some commercial pottery establishments, the small craft potter was not able to compete with mass produced articles for the utility market and has had to turn to studio production of unique artistic pieces for the decorative and tourist market.

Studio potter and teacher, Carmen Wenner, will demonstrate her craft and display pieces produced in her Tinnahinch studio.

The stone carver's work, in many ways mechanised and subject to new technology, is still practised, particularly in sculpture work. Donal Mc Donald from Maddockstown, Kilkenny, will give a demonstration of stone carving including the older method of letter carving. An account of the old Collis Marble Works and the McDonald family's involvement will also feature.

There were over 500 basket makers working at the beginning of the 20th century, but with the introduction of new products - plastic and cardboard containers and the import of cheap products, most became surplus to requirement. Today a small number of basketmakers throughout the country have developed the craft as an appreciated art form fit for a king and queen or at least a king and queen in waiting.

Eamon Tobin, from Glenpipe, south Kilkenny will display some of his creations, answer questions and show what he can make from sally rods. On the recent visit of Prince Charles and Camilla to Kilkenny, a basket made by Eamon was presented to the couple by the Heritage Council.

Cushendale Wollen Mills, Graiguenamanagh, is one of the last family run weaving mills in the country, where all the processes from fleece to garment are curried out. Philip Cushen will demonstrate the weaving process on a small hand weaver; used for making samples. Allied to spinning, weaving had been an important domestic occupation in many parts of Ireland but only a small number of weavers still survive in Donegal. 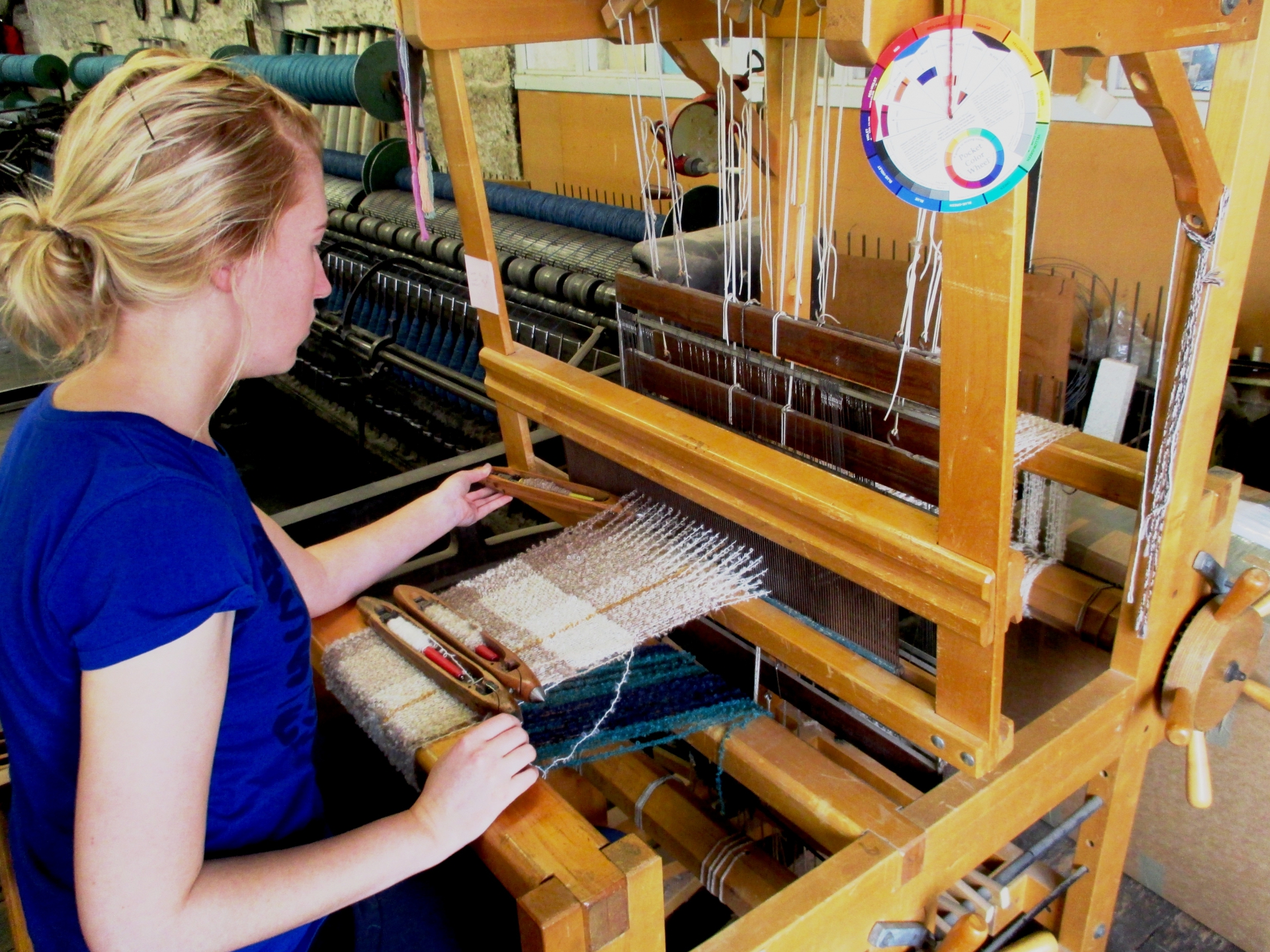 Domestic utensils - containers and platters were made on simple pole lathes in medieval times, but the mass production of earthenware domestic utensils eventually took over that market. Wood turning is still important in furniture production, but like many processes is highly mechanised. Today wood-turning has become a popular craft both for artistic creations and as a hobby. Liam Kirwan from Clara, who is a member of the Irish Woodturners Guild, will show the use of the lathe and answer questions on the craft and the work of the Guild.

During the severe poverty of the Great Famine years of the mid 19th century a number of social conscious women introduced various needlework projects to impoverished communities to give women and girls an opportunity to make some money. In Borris, Harriet Kavanagh introduced lace making and a cottage industry was set up which survived into the 1960s. Today a number of craft minded women from the Borris Lace Group, which was set up in 2016 to revive the craft as a hobby, will demonstrate this unique needlework, exhibit some of their creations and answer questions on the work of the Group.

In the 18th and 19th century many homes, especially in the West and north west of the country had spinning wheels to produce woollen or linen tread or yarn for knitting or weaving. The spinning wheel became symbolic article of home industry and used by many painters of domestic scenes.

With the industrialisation of  cloth production and the importation of cheaper clothes, home production of clothing has all but ceased. Today, a small number of craftspeople are producing cloth from wool and flax using the spinning wheel as part of the process. Maralyn Wray has been holding classes and producing material using her spinning wheel and will demonstrate its use and show some of  the cloth she produces at the Exhibition.

Barrowvale Local History Group put on their first exhibition in 2002 and over the years since have displayed their annual exhibition during Heritage Week. They have focused on aspects of local history or heritage with such themes as The Village Creamery, Milletts of Borris- Coachbuilders, The Birth of a Nation and Blacksmiths and Forges, but also dealt with a myriad of topics from family history to vernacular buildings; from field names to local sports and from lime kilns to the River Barrow.