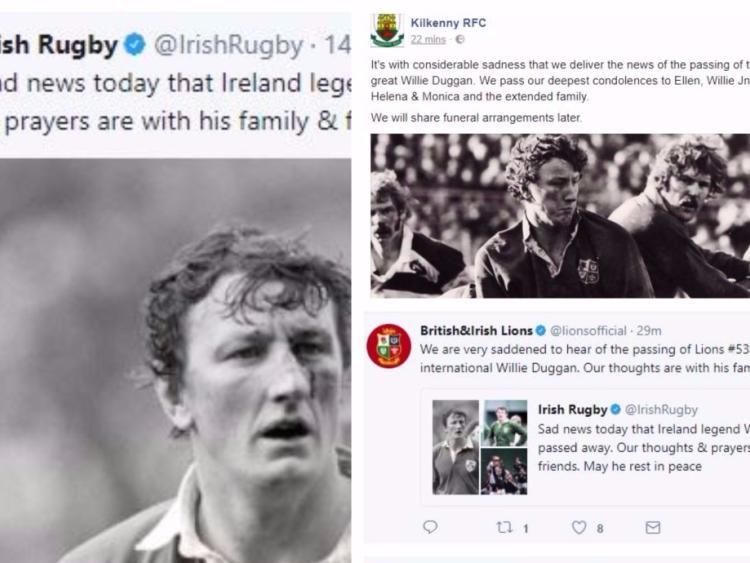 Tributes are being paid in the national and international media, as well as on social media

The sudden death of Kilkenny man and rugby legend Willie Duggan aged 67 has left many in Kilkenny and in the wider rugby community in shock and sadness.

As news of his passing spread this morning, local people took to social media in their droves to voice their upset and to express condolences to the Duggan family. Tributes also poured in from around Ireland and the world. 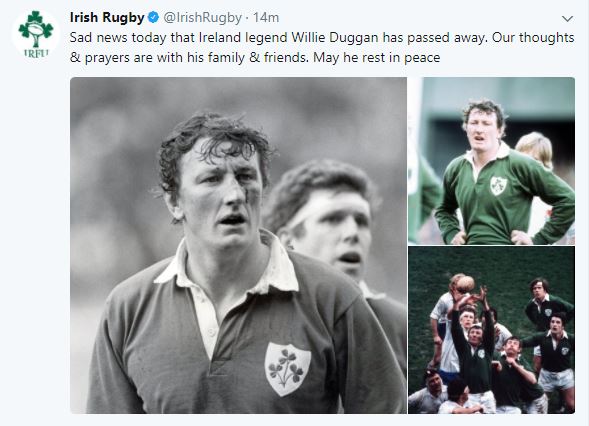 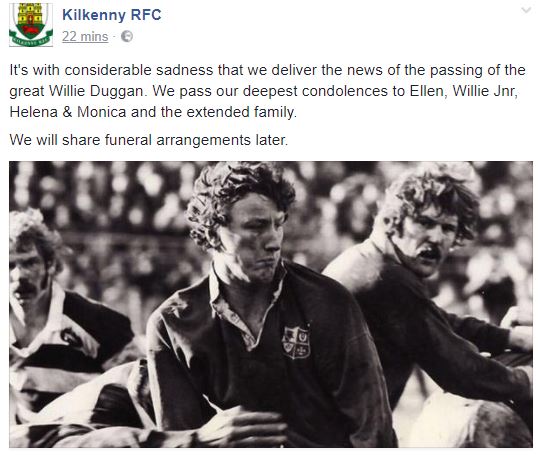 Leinster Rugby CEO Mick Dawson said his legacy was one of a gentleman and a great family man.

"I knew Willie personally and he was a larger than life character and it's very difficult news to digest this morning," he said.

"My thoughts are with his wife Ellen, Willie Jnr, Helena and Monica and his extended family. As a rugby player he was tough as nails, a real competitor that represented his club, his country and of course the British & Irish Lions with great distinction.

"In later years he was synonymous with Kilkenny RFC but of course before that he was a Blackrock man. Willie wore every jersey with huge pride." 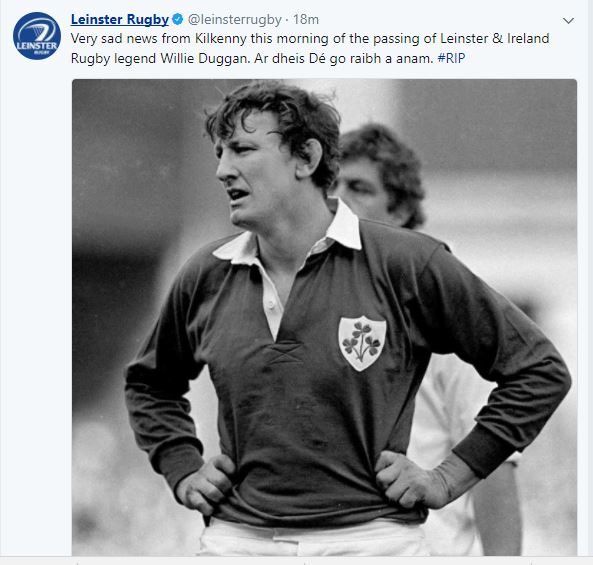 Across the water, the BBC hailed one of the greatest-ever Irish rugby players. The British and Irish Lions's Twitter account noted with sadness the death of a man who also wore the famous red shirt as Lions #539

On Facebook too, locals expressed sadness at the passing of one of the finest forwards ever to play the game. Everyone who ever met Willie Duggan has a story to tell, and those who watched him play have many exciting moments and treasured memories on which to fondly reminisce. 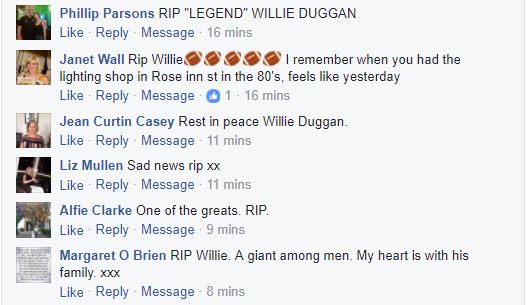