Sean Keane reflects on the Willie Duggan he knew and says Duggan was Kilkenny, as hard as the limestone it produces with a soft side for anyone in trouble 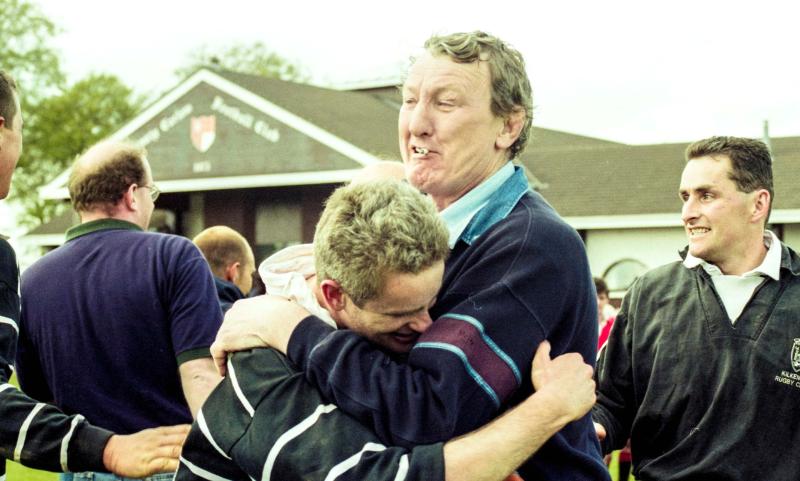 He was hard to miss. A big, broad pair of shoulders, that bony, athletic frame, the huge hands, that saunter of a walk, that lived-in face with the scars of battle etched on it, that glint in his eye and those expressive gestures.
You always felt that Willie Duggan knew what you were thinking. He had a presence.
He was never short of a comment and as one of his closest friends and first cousin, Ned Byrne said, he had strong opinions and was not afraid to voice them.
Reflecting on his life and times and those halcyon days when rugby at the highest level was really amateur, he was like a meteor, a beautiful streak of light in the sky, a shooting star that once it’s gone leaves you stunned, waiting for its return.
Over the last few days many stories were regfaled about the greatest rugby no 8 that Ireland has ever produced - A firm favourite around the world.
In all the media commentary, I was struck by the words of Munster lock forward, Donal Lenihan, who said that Willie Duggan was the hardest player he ever played with.
In a radio interview he said Willie would now join his great friend and second row partner, Moss Keane in the afterlife.
“Willie and Moss were kindred spirits, country boys at heart, neither gave a damn for convention and were very much their own men,” he said and that’s the truth.
That conviction that singularity was very much to the fore when Willie joined the anti CAS (Central Access Scheme) campaign and stood on the picket-line with them on Green’s Bridge. He was aghast at what he thought was the futility of building a new bridge over the River Nore while ignoring the need for the completion of the city’s Ring Road. Many people agreed with him but few campaigned against it.

And another story told to me outside St Mary's Cathedral on Thursday also struck a chord with me.

Jack de Louhgrey recalled that after the Dicksboro GAA Club reformed in late 1969, the club played its first junior match against Blacks & Whites (Skeoughvosteen) on a Friday evening.

Jack met Willie on the street and asked if he would play. He togged out at full forward and scored four goals. Jack was at corner forward and said that without Willie they would have only had 14 players. "He was the kind of man he was, never let you down when  you needed him," Jack  said.
Above all, Willie Duggan was Kilkenny, as hard as the limestone it produces with a soft side for anyone in trouble. He helped many but told no one.