Victory: Locals fought a hard campaign and now look set to get the overpass they have been asking for 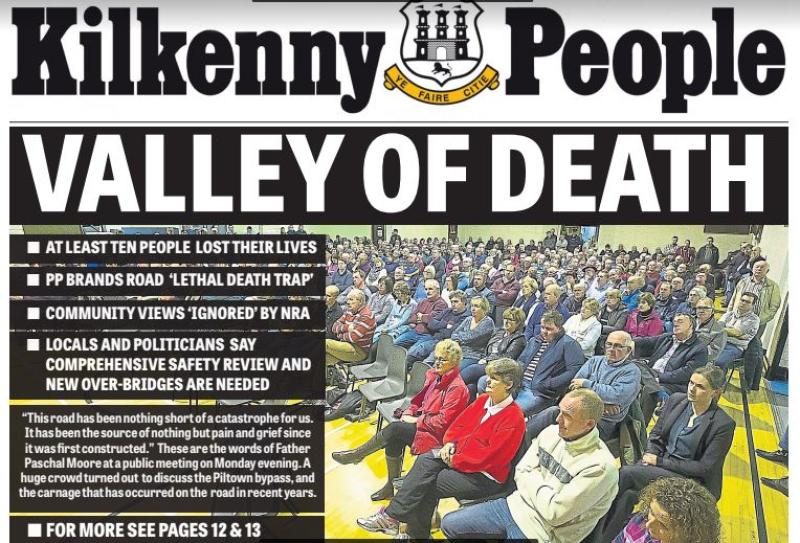 Approval has been granted for a consultant to be appointed to design a new overpass bridge at a stretch of the N24 Piltown bypass, where a number of people have lost their lives in recent years.

The road has been a scene of tragedy for many local families, as well as non-fatal accidents that have caused so much heartache. One particular, junction, the tower junction, has long been seen as a particularly problematic one for motorists and cyclists due to its layout and design.

Following another fatality last winter, hundreds of locals met in the community hall and decided that enough was enough. Articulated succinctly by Father Paschal Moore, they wanted one thing: To stop the carnage.

Committed and determined, they kept the item on every agenda going. They formed a committee, and lobbied local councillors, TDs - whomever they could.

The issue has been on the agenda of every meeting of the Piltown Municipal District since; indeed, probably the only issue to have been raised by south Kilkenny councillors as often is that of the Waterford boundary.

Local TD John McGuinness also kept the issue on the agenda. At the meeting back in December, he described the design of the road as 'outrageous', and said there was no other stretch of road like it in the country.

The Fianna Fail TD invited the Minister for Transport to come and see it for himself. That took a while, but eventually, Minister Shane Ross showed up, and drove the road in question.

Kilkenny County Council has now received approval to appoint a consultant to design a structure that people feel will make a huge difference. The process will be under way, following the the usual statutory procedures.

It's a victory for the community there - and all road users.

"Now, we have taken a step forward in a positive direction," said Deputy McGuinness.

"It's only now, after years of asking and fatal accidents that this is happening."

While it is agreed by most that that a 'flyover' is ultimately the best solution, there has been an understanding too that making it a reality will take time. Kilkenny County Council and area engineer Ian Gardner have proposed interim safety measures along the road, some of which have already been implemented.