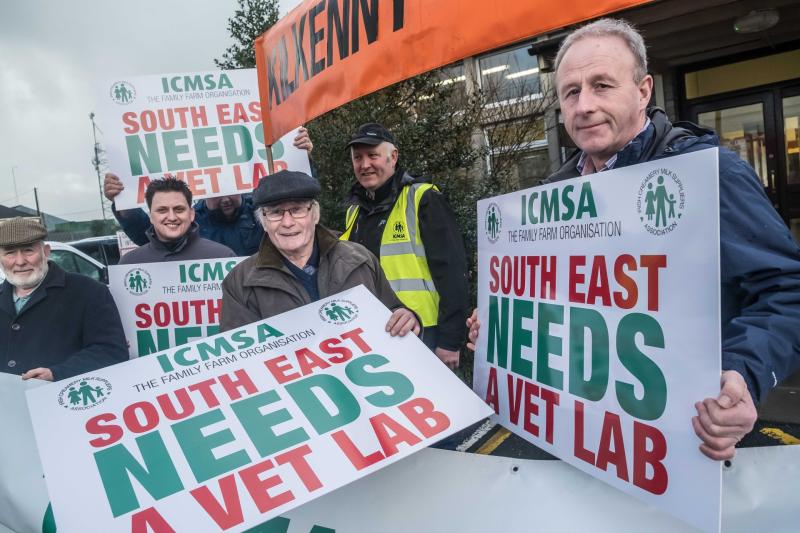 Fianna Fáil Spokesperson on Farming and Skills Bobby Aylward has raised the review of the Regional Veterinary Lab in Kilkenny city with Taoiseach Leo Varadkar in the Dáil.
He warned that if it closed, it would be mean that local farmers would be forced to travel to the labs in Cork, Athlone or Dublin and embark on three to four hour round trips of between two and three hundred kilometers or more.
"I have raised the matter consistently for nearly a year now and the Minister for Agriculture, Michael Creed, continues to kick the can down the road and now the matter has been rifled to touch for at least six months," explained Deputy Aylward.
This follows news that tenders have been sought for an independent consultant to undertake a cost benefit analysis of the Kilkenny facility and five others like it dotted around the country. Deputy Aylward was told it is expected to commence shortly and be completed within six months.

“There is huge concern in Kilkenny and elsewhere that the six remaining veterinary laboratories may be under threat of closure by the Department of Agriculture. The Chairperson of Kilkenny ICMSA, John Robinson, previously stated that farmers all over the South East regard even the prospect of closure or amalgamation as an inexcusable degradation of a vital piece of agri-infrastructure.
"I’ve stated it before and I’ll state it again - the veterinary lab in Kilkenny must not be allowed to close. Good farming practice, food quality and our branding in this regard will be damaged significantly by any reduction in this service," he said.