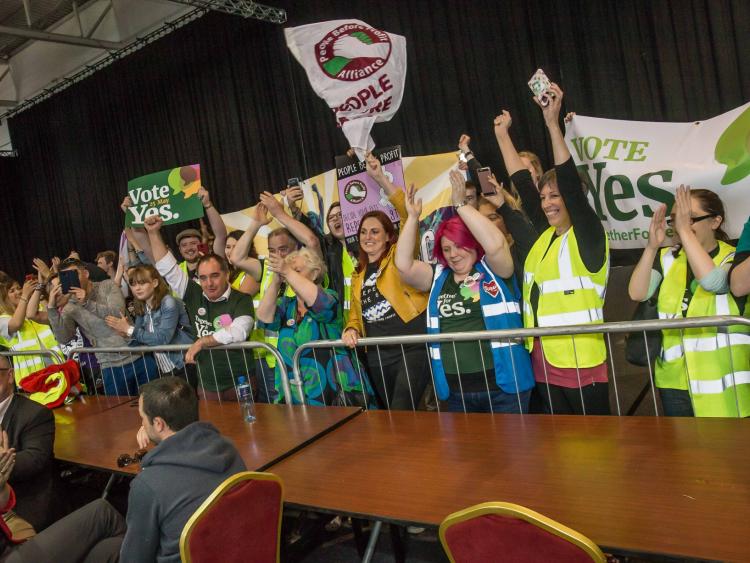 63.5% of voters voted Yes in the referendum in the Carlow/Kilkenny constituency.

The people of Carlow and Kilkenny have voted overwhelmingly in favour of repealing the Eighth Amendment with of the electorate voting Yes.

The final results for the Carlow/Kilkenny constituency has recorded a 63.5% Yes vote with 36.5% of the electorate voting No with a turnout of 60%.

Cathaoirleach of Kilkenny County Council, Cllr David Fitzgerald said that it was ‘a watermark moment’.

“People have faced the reality of what is a very difficult decision and have put their daughters and women of Ireland first on this occasion,” he said.

Nicole Storck of Kilkenny/Carlow Together for Yes said that she was ‘beyond thrilled’.

“We are so happy that the people of Ireland have spoken, that they have seen that this is a time of change. We want a different Ireland where family planning and parenthood is something that is planned and wanted and not a test of endurance,” she said.

Reacting to the results Fianna Fáil Deputy John McGuinness said that ‘the people have spoken’ adding that the results represent ‘a huge shift in views in society’.

“The people have expressed their will in clear terms. We now have to respond in terms of legislation,” he added.

Sinn Féin Deputy Kathleen Funchion said that it was ‘a fantastic result both locally and nationally’.

“I have been out campaigning for the past few weeks and I thought the result would be a lot closer. The result shows that there were a lot of silent Yes votes. It is a historic day, especially for women. There has been a lot of rhetoric in relation to women in Ireland historically. It is fantastic to see the Yes vote prevail

Meanwhile Corneilus ó Dálaigh of the Love Both Campaign said he was shocked by the result and described it as ‘a sad day for Ireland’.