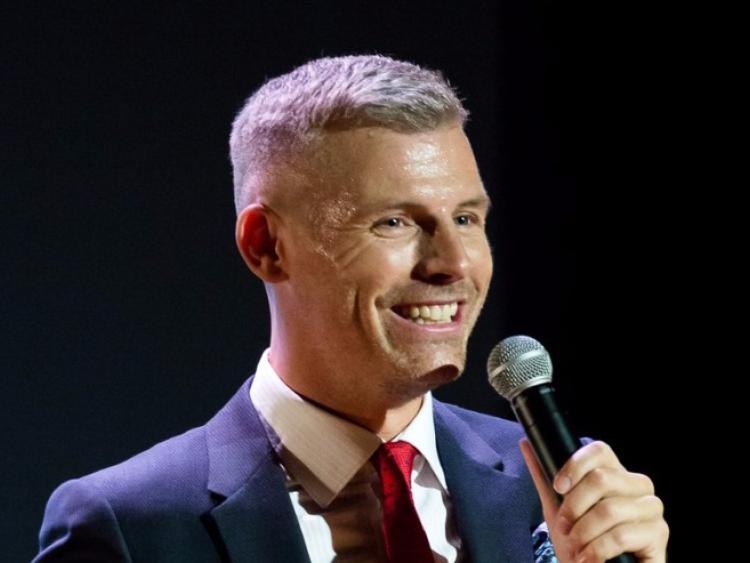 The final countdown is on - the Cat Laughs comedy festival will take over the Marble City from tomorrow (Thursday).
With just one day to go, tickets are selling fast, with comedy fans from all over the country travelling to Kilkenny for the Bank Holiday weekend.
Like that tin of Roses that comes to every house at Christmas there is something for everyone this year (even the people who like the coffee sweets!) with a great line-up including Reginald D Hunter, Adam Hills, Jason Byrne, James Acaster, Jason Manford Aisling Bea, David O’Doherty and many more.
Here are our top five shows to check out over the weekend:
Thursday
The Cat Laughs Opening Gala - Hotel Kilkenny, 7pm
Open the festival weekend in style at The Cat Laughs Opening Gala with a veritable smorgasbord of the best in Irish and international comedy!
Featuring comedian, Flâneur and 1990 East Leinster under-14 triple jump bronze medalist David O’Doherty - one of the best-loved performers in the British comedy scene, Reginald D Hunter, Ireland’s fastest rising comedy star Joanne McNally, Abandoman, Lords Of Strut, Maeve Higgins, Alison Spittle and MC Karl Spain.
There’s a comedy style for everyone at this year’s opening show.
With each comedian given 10 minutes to wow, this is a rollercoaster ride with a lot of laughs.
FRIDAY

Neil Delamere, Jason Manford, Abandoman, Lords of Strut, MC Karl Spain - Langtons Ballroom, 7pm
Who ever said you can have too much of a good thing? Five of comedy’s hottest stars in one venue, and for a truly bargainous price. Don’t mind if we do!
Saturday
Adam Hills, Reginald D Hunter, Zoe Lyons, MC Joanne McNally - Langton’s Ballroom, 5pm
Four comics, one ticket, now that’s something to give you paws for thought! Treat yourself to an hour of classic comedy. It’s the purr-fect chance to get up close and personal with some of the finest talent Cat Laughs 2018 has to offer
The Bear Pack - The Village Inn, 10pm
The Bear Pack is Sydney’s Steen Raskopoulos and Carlo Ritchie. The duo work together to deliver 60 minutes of improvised storytelling, drawing on their experience working on shows like Whose Line Is It Anyway? and The Checkout.
The audience has no idea what thrilling and hilarious twisted tale they’re in for, but are guaranteed to be left in awe of the quick-witted and creative minds of these improvised comedy masterminds.
The Bear Pack take audience suggestions to fuel the LOLs, meaning no two nights are the same, so make sure you get to witness the fun during this special show at Kilkenny Cat Laughs.
Masters of their craft and will have you in stitches - The Music
Sunday
David O’Doherty, James Acaster, Jarlath Regan, MCBarry Murphy - Langtons Ballroom, 5pm
Take four acclaimed comics (some salty, some sweet!) and a compère extraordinaire, mix them all together with a room full of raucous comedy fans and simmer – now that’s a spicy meatball!
Best of all, you can treat yourself to this feast of comedy for practically the price of an amuse-bouche!
The Kilkenny Cat Laughs comedy festival runs from May 31 to June 4. Tickets on sale now from thecatlaughs.com.
You can also keep up with merriment by checking out the shenanigans on social media and log on to Facebook (kilkennycatlaughs), Twitter (@catlaughscomedy) and Instragram (thecatlaughs)