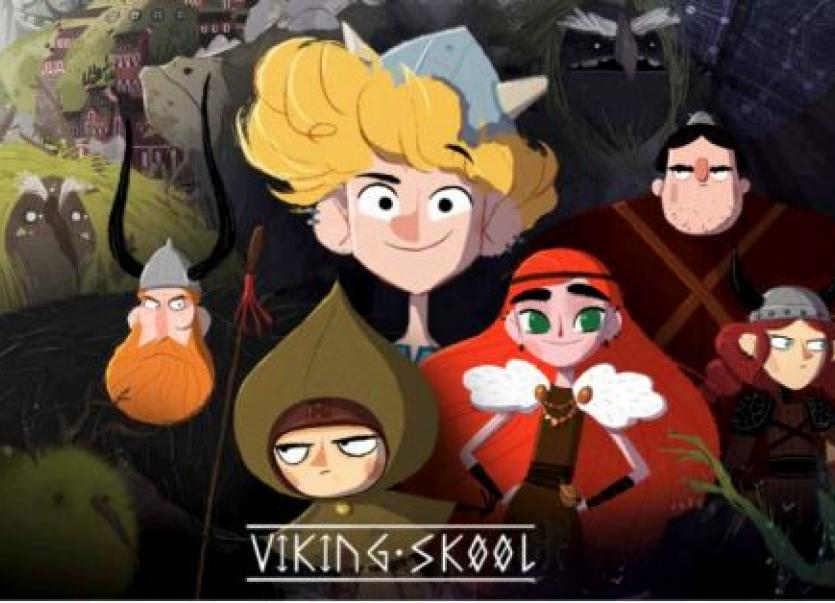 The series will follow a group of young would-be Viking warriors in an elite Vikingskool. Disney described the alumni as being “like freshmen in TopGun but for Vikings.” At the heart of the tale are three best friends: Erik, Arnie and Ilba, each with their own unique Viking strengths and weaknesses.

Targeting 6-11 year olds, the group will embark on a series of humorous and exciting adventures in a mystical world.

The series is being produced by Ireland’s Cartoon Saloon and France’s Samka Productions with post-production from Norwegian VFX company Storm Films.

It’s this pedigree that prompted Disney to state: “There is a substantial Viking history in Ireland and Northern France. As a co-production we can say it’s the only Viking show made by actual Vikings.”

The series 26 half hours are scheduled for broadcast at the end of 2019.

Cartoon Saloon An Academy award and BAFTA nominated animation studio, was founded by Paul Young, Tomm Moore and Nora Twomey in Kilkenny in 1999. From award-winning shorts to feature films and TV series, Cartoon Saloon has carved a special place in the international animation industry. www.cartoonsaloon.ie