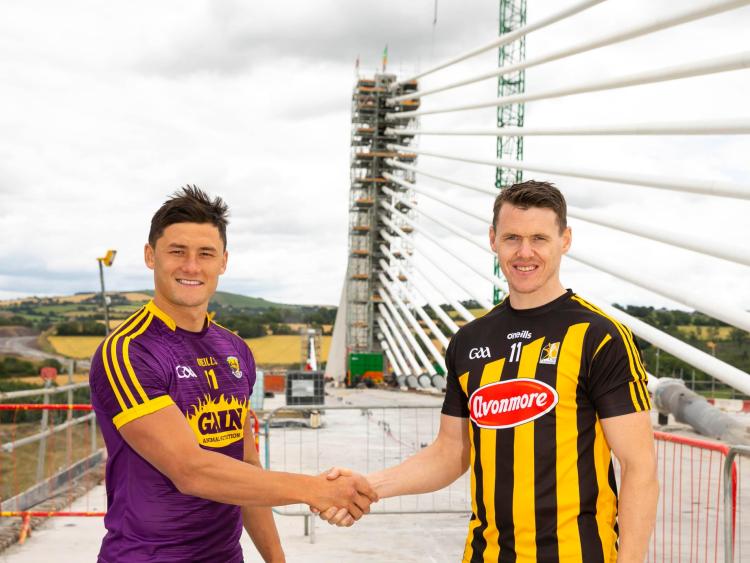 The construction of the N25 New Ross Bypass PPP Scheme HAS achieved a major milestone with the completion of the first closing deck section on the River Barrow Bridge connecting Wexford and Kilkenny.

Upon final completion, the Rose Fitzgerald Kennedy Bridge will be the longest in Ireland at almost 900m, and the two main central spans at 230m are the longest post-tensioned concrete spans of their type in the world.

The construction of the bridge has captured the public’s interest and imagination, and even in advance of its opening later this year, the bridge has already established itself as an iconic landmark for both counties. It was therefore fitting that two sporting icons from the counties; the Wexford and Kilkenny senior hurling captains Lee Chin (joint captain) and TJ Reid were on hand to witness the occasion.

The bridge and bypass is creating a new connection between the counties, and both captains were more than happy to be among the first to walk across the bridge from opposite directions and greet each other at the county boundary over the river.

Upon completion, the 15km long bypass scheme will improve safety and journey times for all road users, significantly ease traffic congestion in New Ross town and enhance the economic potential of the New Ross area and the wider south-east region. Progress to date on the project has been welcomed by the main project stakeholders; Transport Infrastructure Ireland, Wexford and Kilkenny County Councils, BAM Iridium PPP Company and their contractors BAM Dragados (NRJV).

As the structural works to the bridge near completion, significant finishing and installation works will be required as well as final inspections before the scheme can open to the public, currently anticipated in quarter four of this year.