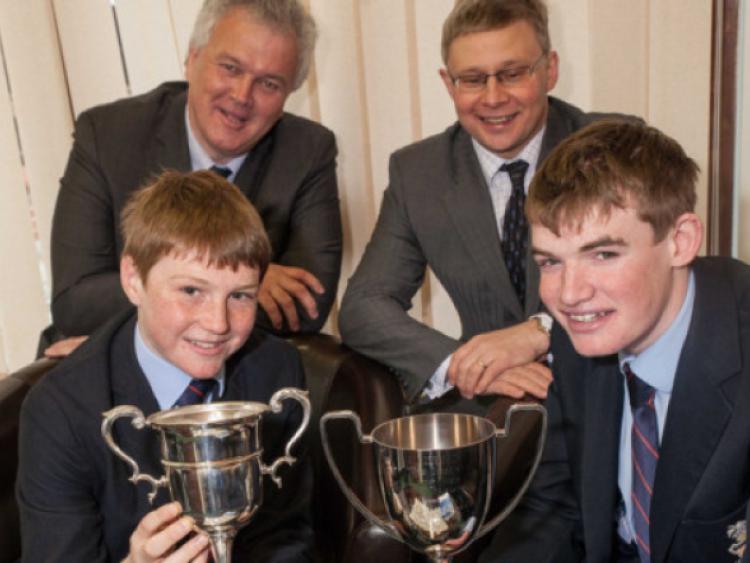 The daunting course is more than three kilometres long, with 23 high fences, hedges and walls.

Eoghan Murphy (17) from Gowran, competing in the senior event, completed it in three minutes and 49 seconds. He won the event against a field of 170 other riders. It was the third win on Denis Cummins’ horse.

Meanwhile, Ruben Pimm (13) from Jenkinstown glided home first in the junior event in three minutes and 57 seconds. He beat a field of 159 other riders.

The pair are both students in Kilkenny College, which has recorded a number of successes at the event in recent years.

Other local schools and students were well represented at the event also.

To have five teams in the top nine positions, out of 74 teams in total, shows that equestrianism in Kilkenny is as strong as ever.