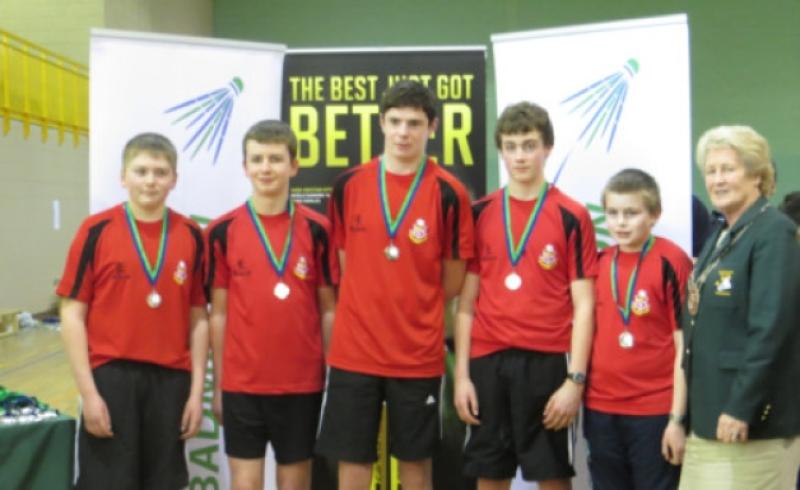 A large contingent of students travelled to Gormanston on the day.

Scoil Aireagail Ballyhale, having won the u-19 Girls Leinster title in style the previous week, joined two teams from Loreto, and boys’ teams from Colaiste Mhuire Johnstown (u-16) and Kilkenny College (u-14).

All these teams had won Leinster titles following their wins in local leagues, so had worked very hard to reach this prestigious event.

Colaise Mhuire Johnstown boys, playing at u-16 level, had wins against Castlebat and Belfast Academy, before coming up against the power team from Kanturk. They finished in the silver medal position.

Kilkenny College started their campaign with a narrow victory over Coleraine Institute, and then beat Castlbar. Then, like Johnstown, they met the strength of Kanturk, who proved stronger with a well balanced team.

So, there were All-Ireland silver medals for the only Kilkenny school ever to reach this stage of the competition. Kilkenny College coach Heather Sharman also received a KIT bag full of badminton equipment for team co-operation on the day.