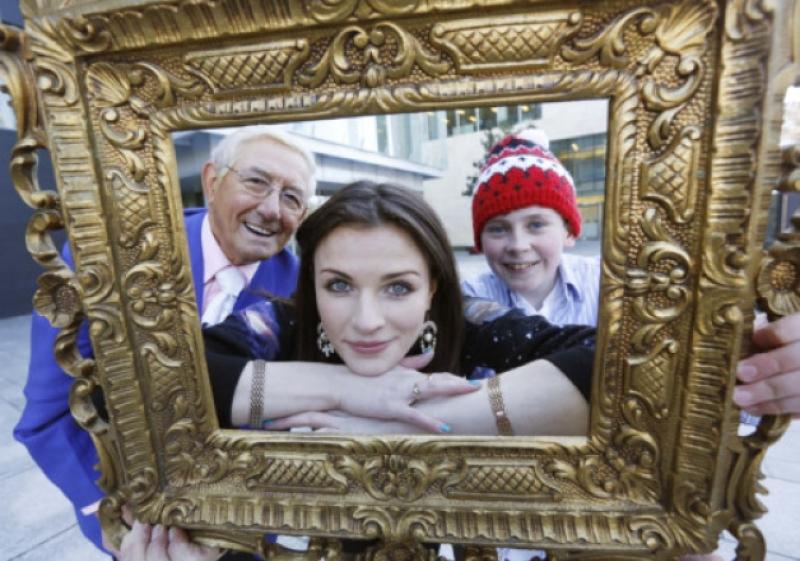 A NEW PARTNERSHIP deal has been secured for the Cat Laughs Comedy Festival with leading broadcaster and TV and home communications provider, Sky coming on board as official sponsor of the festival.

A NEW PARTNERSHIP deal has been secured for the Cat Laughs Comedy Festival with leading broadcaster and TV and home communications provider, Sky coming on board as official sponsor of the festival.

Now in its nineteenth year, Kilkenny will host The Sky Cat Laughs Comedy Festival from May 30 to June 3. The new creative partnership with Sky will include the broadcaster introducing a unique programme strand to the festival.

Jane Russell, CEO for The Sky Cat Laughs Comedy Festival said: “This year’s Cat Laughs programme is the most exciting in years. We believe our collaboration with Sky represents a new and more powerful approach to sponsorship. With Sky bringing to bear their expertise and success in TV comedy together with the Cat Laughs’ stand-up heritage, festival-goers now have the chance to see the very best of both worlds. With top Irish acts performing alongside heavyweights of the international comedy circuit, the 2013 line-up has something for young and old alike. It’s shaping up to be an incredible 2013 festival.”

The Sky Cat Laughs Comedy Festival will proudly host a world-premiere screening of the first two episodes of series two of Sky 1 HD’s critically-acclaimed and IFTA award winning comedy series Moone Boy, in the company of its co-writer and star, Chris O’Dowd, co-writer and Kilkenny native, Nick Vincent Murphy and fellow cast members. The Sky programme will also include other special screenings with further details to be announced in due course. Speaking about the world-premiere screening Chris O’Dowd said: “I can’t wait for people to see the new series. And showing it in the hometown of Nick and Cartoon Saloon and comedy, is wonderfully fitting.”

On the stand-up front, this year’s festival programme, created by new Artistic Director, Naoise Nunn, features comedians from the US, UK, Canada and Australia as well as the best in home-grown comedy talent. In the context of The Gathering the festival is delighted to welcome home, among other Irish comedy stars, the critically-acclaimed comedy mastermind, Dylan Moran. Scottish comedy prodigy, Kevin Bridges, will make one of a very few live appearances in 2013, exclusively for The Sky Cat Laughs Comedy Festival. Other highlights include 2011 Edinburgh Comedy Best Newcomer nominee, Holly Walsh whose sitcom collaborations with Sharon Horgan have recently been picked up by major US networks.

The Sky Cat Laughs Comeday Festival will also play host to the European debut of Judah Friedlander, the eclectic and acclaimed comedian and actr who plays Frank Rossitano in the Emmy award-winning NBC sitcom 30 Rockand has starred in such cult movies as Zoolander, Meet the Parents, Along Came Polly and American Splendor. Also returning to the festival from the US are favourites, Rich Hall, Dom Irrera and Will Durst. Representing Canada are Mike Wilmot and Tony Law.

Michael Markey of Sky Ireland said: “The Cat Laughs has an unrivalled reputation when it comes to attracting the world’s best comedic talent, and we know Sky customers are big comedy fans, so we’re delighted to partner with the festival and to bring some of our great shows to an audience of comedy lovers.” For full detail visit www.thecatlaughs.com