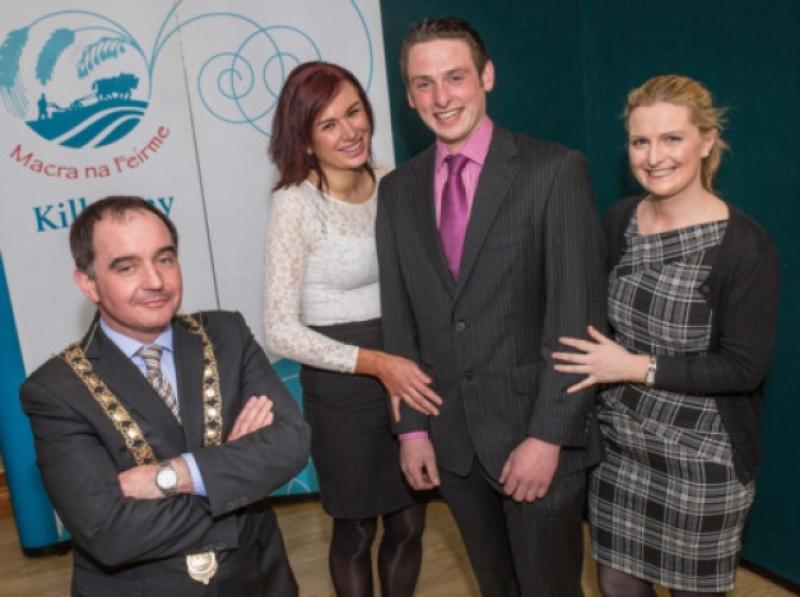 Micheal Dempsey, Chairman of the Board of Kilkenny, Carlow and District Farm Relief Services commented on the strong bond between Macra Na Feirme and the Farm Relief Services and the pleasure that they have in sponsoring such a successful festival and for the next five years. Mr. Dempsey spoke very highly of the work and dedication by the committee to organise such a successful festival. He also wished the best of luck to the Kilkenny contestant Brendan Phelan who attended the launch.

Denis Drennen, Chairperson of the Mr. Personality Festival 2013 thanked the Mayor for launching the festival. He expressed

Hotel and their staff for their commitment and support of the festival over the past number of years. The festival itself will take place on

April 19 and 20. For this year’s festival there is excellent entertainment planned with Adams Locker and DJ on Friday

night and Domino Effect and DJ on Saturday night.

Entry fees over the weekend will be as follows: - Friday night €10, Saturday night Informal Gala Banquet €30, Sat Night Afters €15. Banquet tickets must be booked by contacting Dawn in the Springhill Court Hotel on 056 7721122, during office Hours (9am - 5pm). The Macra Na Feirme National Volleyball Finals will also take place in the Watershed on April 21, which altogether will guarantee an excellent weekends entertainment for everyone. Full details are available on www.mrpersonality.ie