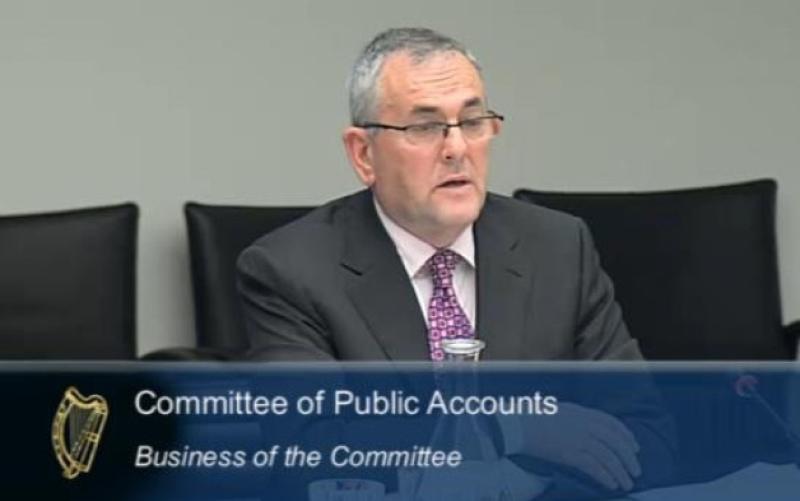 Local TD John McGuinness appeared before the Public Accounts Committee this morning to answer questions over his credibility and his ongoing chairmanship of that committee.

Local TD John McGuinness appeared before the Public Accounts Committee this morning to answer questions over his credibility and his ongoing chairmanship of that committee.

The Fianna Fail TD temporarily vacated his chair to make a statement before facing an interrogation over his conduct in the past regarding an office refit, the hiring of his son, and foreign travel with his spouse. He told the PAC that he did not think his credibility had been damaged, nor his qualification to chair the committee.

But Deputy Shane Ross said that the PAC had been damaged over the whole affair.

“The McGuinness family seem to have done pretty well out of the state, out of the taxpayer during the period of 2007,” he said.

“You have no understanding of the contribution that we made. The payments, I have already said to you, in relation to my son, were checked. He did the work. He worked in accordance with the rates. If i had the same judgement now and could apply it back then, I would have done it differently. I think any of us could say that.”

The Carlow/Kilkenny TD also refused to be drawn on suggestions that there was a deliberate campaign to undermine his position as chairman, dismissing the idea as ‘conspiracy theories’.

On the office refit:

“Was the cost of that office excessive? I didn’t know what it was then, but i know now. Yes it was. Something far less would have done. But that was the way those offices were delivered at that time.”

On hiring his son:

“In relation to the hiring of a family member – would you do it today? For his sake, I probably wouldn’t. But would you do it in terms of the skills and quality of work that I got? Yes, I would.”

On foreign travel with spouses:

“Of course it needs to be looked at. Because we are in a different place.”