Concern for future of mayor’s role 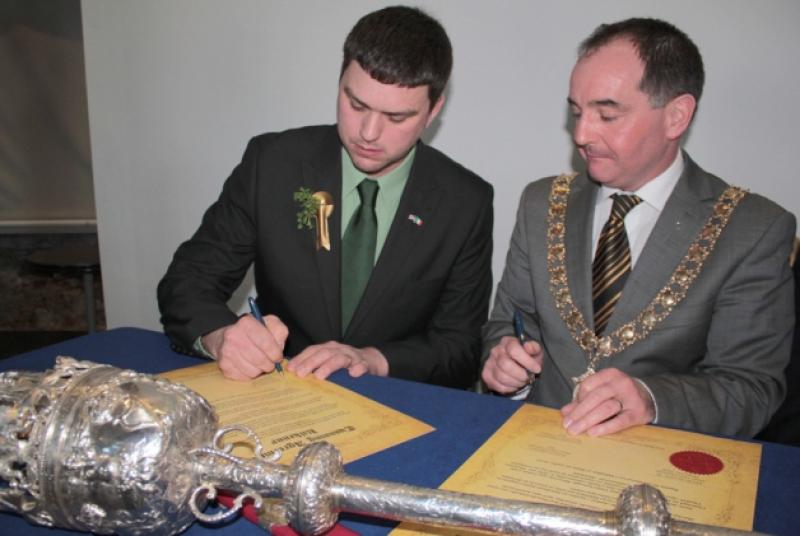 The idea of the Mayor of Kilkenny City not living anywhere near Kilkenny City may become an entirely plausible one from next year onwards, but what implications will that have – and does it really matter at all?

The idea of the Mayor of Kilkenny City not living anywhere near Kilkenny City may become an entirely plausible one from next year onwards, but what implications will that have – and does it really matter at all?

With the reforms proposed by the boundary committee due to come into play for next year’s local elections, the goalposts have shifted significantly for both politicians and voters. The changes will see the end of the borough council, and two large new areas stretching from one side of the county to the other, termed the ‘municipal district’.

The new areas are called ‘Kilkenny City East’ and Kilkenny City West’, but extending as far as The Rower on one side, and Coolaghmore on the other, the term ‘city’ appears to be a somewhat loose one.

The mayor’s office was established in the 16th Century, and has been elected by the councillors directly representing the city district. With that area now substantially expanded, what does it mean for the future of the mayoralty?

“I would sincerely hope that the mayoralty would continue,” says current mayor, Sean O’ hArgain.

“I would hope the new municipal district will continue to elect a mayor, will continue to have the right, for instance, to grant the freedom of the city as we’ll do in two weeks time, and have the right to make by-laws that govern the city, and to meet monthly and discuss the business of the city. How that works with councillors that don’t live in the city is going to be very diffiult to figure out.”

This week’s meeting of Kilkenny Borough Council was the final one to be chaired by Cllr O’ hArgain. The 404th Mayor of Kilkenny, he will be succeeded next month by the final city mayor to be elected by our borough council.

But does it really matter if the city mayor is from Callan or living out in Graignamanagh? Both councillors Joe Reidy (FF) and Malcolm Noonan (Green Party) have contended that the office will be rendered largely redundant, superceded by the authority of the county council cathaoirleach under whose jurisdiction the ‘municipality’ will now fall.

“The mayoralty will become non-existent,” said Cllr Noonan, at Monday night’s meeting of the borough council.

“The incoming Mayor is now effectively going to be the last Mayor of Kilkenny.”

With the position becoming a largely ceremonial one in recent times, do we even need a city mayor?

“I think we certainly do need a mayor,” says Mayor O’ hArgain.

“I think there’s huge respect for the mayoralty, both within the city and with dignitaries and people visiting from other areas. The vast majority of towns and cities you go to in other countries have a mayor, and I think it’s a fundamental part of town and local government to have that.

“But I think that the mayor and the members should have far more power, and the unelected officials should have far less powers. I also think there should be a far greater role for ordinary citizens in how they interact with the council.”