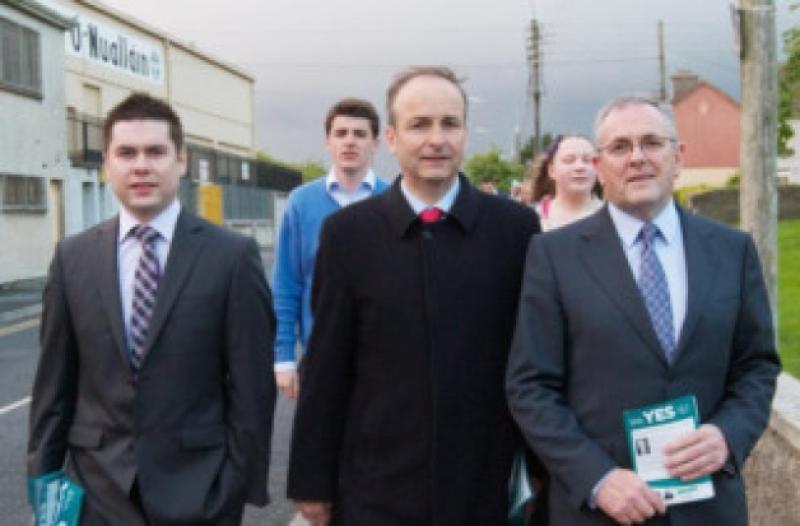 Local Fianna Fail TD and Public Accounts chairman John McGuinness may face a vote of confidence from his colleagues tomorrow (Thursday) when the PAC meets.

Local Fianna Fail TD and Public Accounts chairman John McGuinness may face a vote of confidence from his colleagues tomorrow (Thursday) when the PAC meets.

Deputy McGuinness, who wants to lead the investigation into the banking crisis, faced criticism this week following a report in the Irish Independent which revealed he had in the past asked the State pay for his wife to accompany him on two official business trips while a junior minister.

His wife, Margaret, ultimately did not go on the trips.

However, yesterday it was revealed that Deputy McGuinness made a St Patrick’s Day trip to Seattle in 2008, and was accompanied by her and an official. It cost the state €21,784.

The TD has defended his assertion that the State should in some cases pay for the spouses/partners of ministers on business.

It has since led to a number of politicians calling on him to consider his position as chairman of the Public Accounts Committee, and he will likely address the issue at tomorrow’s PAC meetings.

Yesterday’s story is the latest in a series of Irish Independent articles on John McGuinness.

In recent weeks, the newspaper has published over a dozen stories on him, with topics ranging from an office refit, to toilet paper, to ‘secret lavatory doors’.

His son, local councillor Andrew McGuinness, was also the subject of articles about expenses claimed, but this is the first time his wife has been brought into it.

In another development, several local Fine Gael councillors have reported receiving phone calls this week from an Irish Independent journalist attempting to solicit information and stories about John McGuinness and his career.

The journalist behind most of the John McGuinness stories for the past two months, Fiach Kelly, spoke on local radio station KCLR yesterday, where he defended the media coverage.

He denied making phone calls to local councillors, and said there was no campaign to discredit John McGuinness.

Fianna Fail leader Micheal Martin has expressed his support for Deputy McGuinness, and said he was alarmed by what appeared to be attempts to undermine his position.

He was responding to the chairman of the Fine Gael Parliamentary Party, Charlie Flanagan, who called on him to confirm whether he stood by his nomination of John McGuinness as chair of the PAC.

Taoiseach Enda Kenny has since entered the fray, saying that the affair was ‘damaging’ but did not call for a resignation, saying that it was a matter for the leader of the Fianna Fáil.

Minister for Public Expenditure Brendan Howlin has also said that it is a matter for the PAC members.

Those members are awaiting the chairman’s response, and they may have their answers tomorrow.

Fine Gael TD and PAC deputy chairman Kieran O’ Donnell has called on him to make a comprehensive statement at the meeting. Another PAC member, Labour TD Robert Dowds, said Mr McGuinness’ chairmanship had been damaged but it did not call for a resignation.