No stay of execution for historic houses 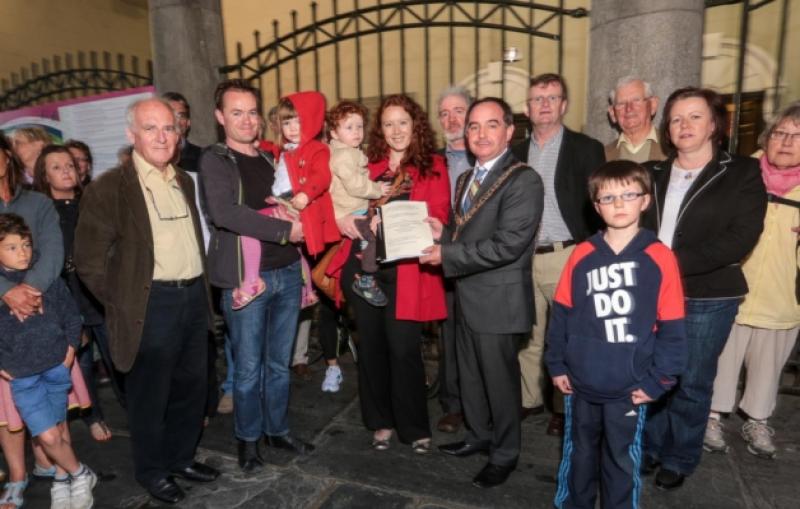 There will be no last-minute reprieve for two historic houses in the centre of Kilkenny City, which will be knocked down in the coming days to make way for the new Central Access Scheme.

There will be no last-minute reprieve for two historic houses in the centre of Kilkenny City, which will be knocked down in the coming days to make way for the new Central Access Scheme.

Local groups have in recent weeks made a late push to prevent the demolition of the buildings, which Green Party environment spokesperson Malcolm Noonan has suggested may be national monuments. It has also emerged this week that 21 Vicar Street is still occupied by tenants, who do not yet know when, where and how they are to be re-housed by the council.

The houses, numbers 21 and 22 Vicar Street, are believed to at least contain substantial medieval fabric and are likely to have significant archaeological importance.

A petition calling for a halt to demolition plans, with over 3,500 signatures, was presented to Mayor Sean O’ hArgain on Monday evening. Accepting the petition, the mayor said the scheme would proceed nonetheless.

The Central Access Scheme will also significantly alter the historic Dean Street, running from the roundabout and through the brewery site, over the river and connecting up with the old cattle mart. It has also now been revealed that the road will necessitate the demolition of an ancient famine burial ground.

The cost of the project has risen by €2.2 million in recent months, from €8.5 million (estimated in February) to a figure of €10.7 million quoted last month. Councillor Malcolm Noonan has said that the costs are likely to be significantly higher given the archaeological sensitivity of the area.

A group of concerned residents, community interests, heritage groups (including An Taisce) and Councillor Noonan have been campaigning to prioritise the completion of the Northern Ring Road Extension which they say would negate the rationale for the CAS.

“Our campaign to stop this destruction is at a critical juncture; the medieval remnants on Vicar Street are on death row and we are pleading for a reprieve until we know for certain their extent and condition,” said Cllr Noonan.

“Visitors and locals alike are horrified at the prospect of the CAS proceeding.

“It will destroy our reputation as a medieval city, bring unnecessary traffic into the centre and open a site for edge of town retail development that  will suck the life from High Street.”