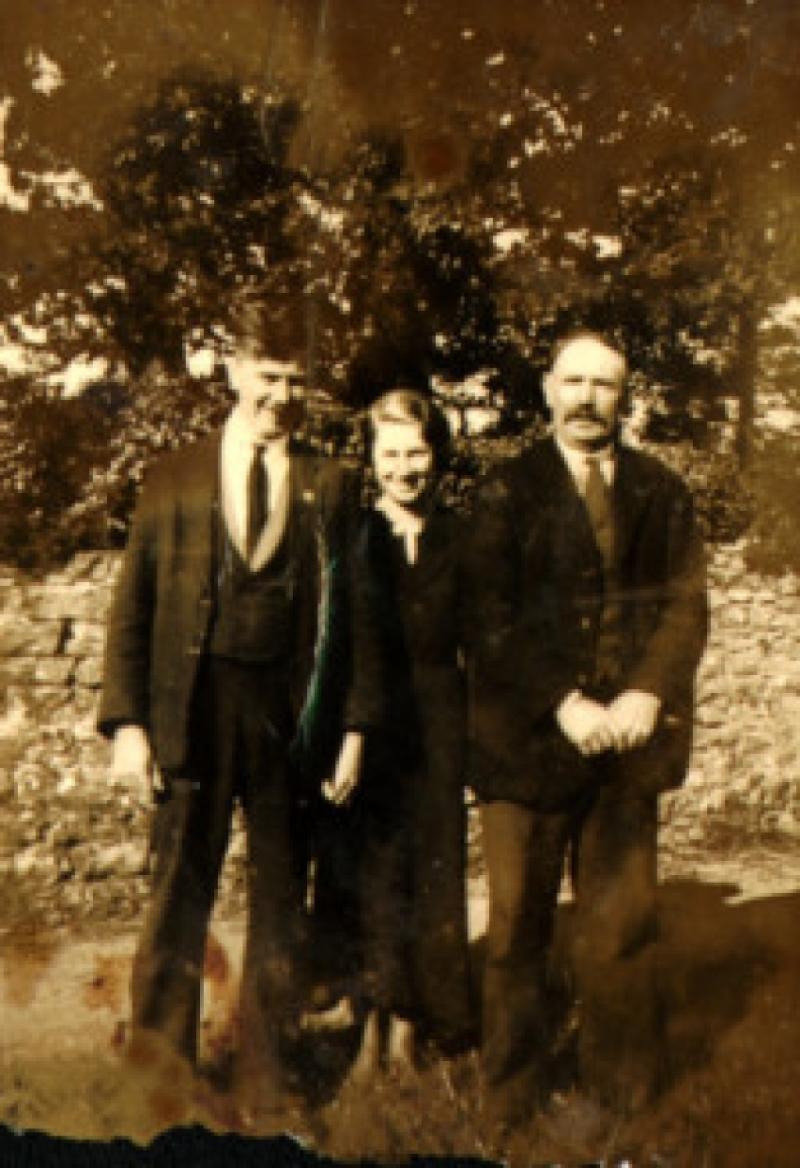 A Glasgow woman is seeking information on her Kilkenny grandmother, Catherine Brennan who she believes is from Castlecomer.

A Glasgow woman is seeking information on her Kilkenny grandmother, Catherine Brennan who she believes is from Castlecomer.

Deirdre Blagbrough is keen for anyone with information to get in touch so that she can trace her grandmother’s roots.

Her grandfather, John Kelleher from Rathmore in Co Kerry joined the Army in Belfast in 1915 and was stationed there during WW1.

John Kelleher was discharged from the Army in 1919 as unfit for service. He and Catherine returned to the townland of Islanderagh in Rathmore in the same year and he was admitted to St Finnan’s Hospital in Killarney in September of 1919 where he spent time on and off for many years. Catherine remained in Islanderagh and reared their family of five

Deirdre Blagbrough’s own mother, Maureen, and her sister, Cissie, went to work in London during the second world war. Maureen met and married my father, a Donegal man called Andrew Sarsfield McElhinney, in London in 1946 and after spending some time living in Donegal they moved with their family to Glasgow. Cissie, sadly, died in London in 1949.

A photograph was found among her mother’s belongings which had inscribed on the back - Kilkenny 1934 Uncle Jack.” “There is no indication which of the men is Uncle Jack and no name for the woman although I fondly imagine she is my grandmother,” said Deirdre.

Anyone with any information can email Deirdre at deirdreblagbrough@msn.com