What an honour for our European champion Susan 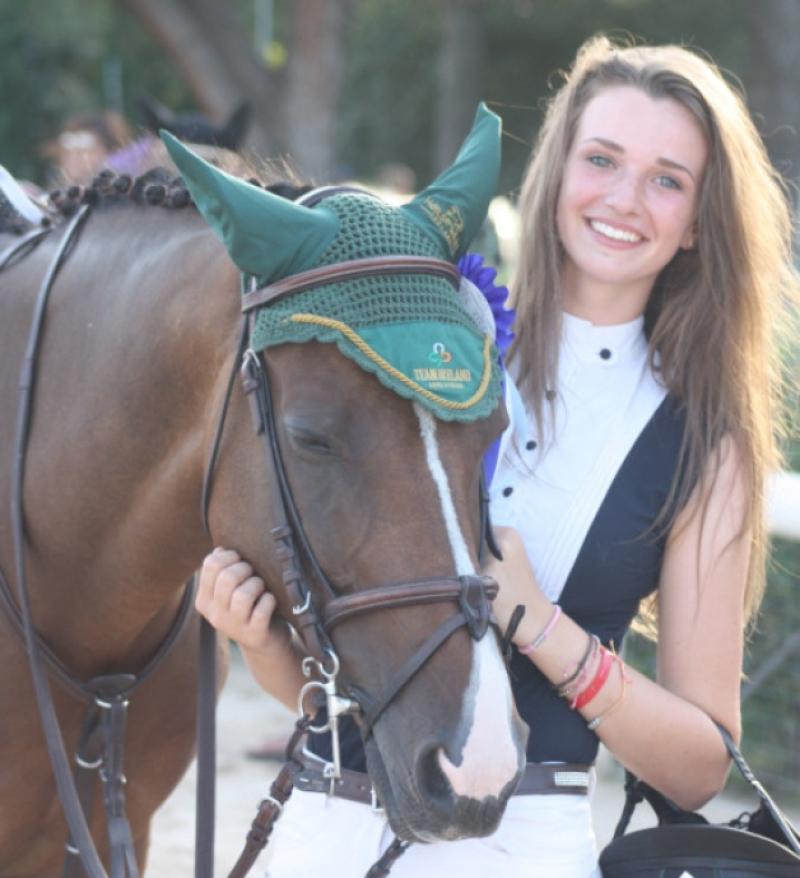 A Kilkenny teenager has won gold at the European Pony Championships, becoming one of just five Irish people ever to do so.

A Kilkenny teenager has won gold at the European Pony Championships, becoming one of just five Irish people ever to do so.

Susan Fitzpatrick (14), of Keatingstown House, added her name to that small, prestigious list of individuals earlier this month. She took home gold in the individual showjumping event at the championships held in Arezzo, Italy.

Riding Barbara O’ Reilly-Hyland’s pony ‘Rock Dee Jay’, the 14-year-old went into the final round carrying four faults, but managed to concede nothing further and even produced a double-clear.

The up-and-coming showjumper was also part of the Irish team’s bronze medal-winning effort.

Her own win qualified her for the main arena of the Royal Dublin Horse Show in the RDS – the 140th anniversary of which took place from August 7–11. Parading at that prestigioius event, ahead of the Aga Khan Nations Cup, was a surreal moment for the Loreto schoolgirl, who will sit her Junior Cert next year.

Proud mother Sharon said her daughter was delighted with the achievement, and was already competing again at the weekend in local events. Showjumping and equestrian has always been her passion.

Susan has been riding ponies since she was four years old, and is currently weighing up a decision on when to move onto horses. Her current trainers are Ann Marie Dunphy, Jim and Ger O’ Neill and Denis Flannelly to whom she is very grateful.