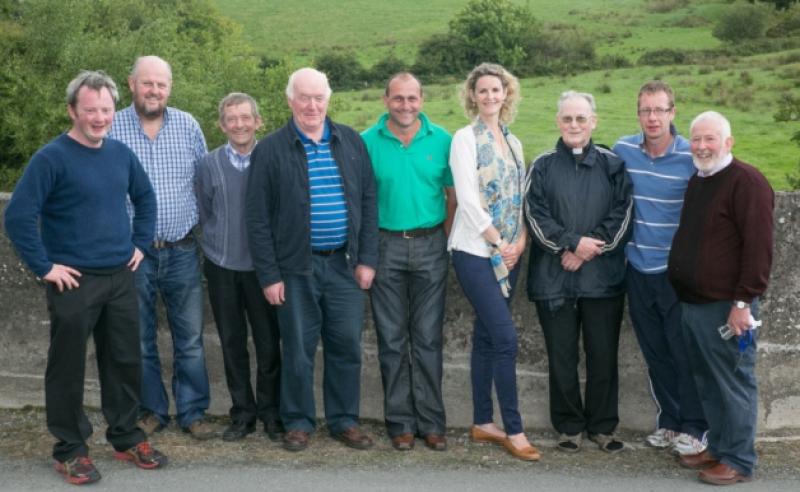 People travelled from all over the world for the Coon Gathering Festival which will be remembered in North Kilkenny for a long time to come.

People travelled from all over the world for the Coon Gathering Festival which will be remembered in North Kilkenny for a long time to come.

The highlight for most was the return of Rachel Somers who returned to her ancestral home to perform in the festival.

The Kilquan Players kicked it off and the group has unearthed a real talent in Rhonda Meally who performed in Bed Time Story. John Whitely and John Hickey were also involved in this own original work and the evening was completed with other local talent performing short stories, poems and songs.

Rachel Somers, who travelled from Australia to the village where her grandparents come from performed with the Castlecomer male voice choir on Friday night at St Brigid’s Church and the event proved to be so successful that she performed again on Sunday and was accompanied on piano by Clare Mc Hugh.

Seamus Hahassey said that this concert is ‘core to the very point of the gathering’.

“It is about bringing people back to their roots. Rachel has very strong roots here in Coon and also in our neighboring parish Clough. He also made note that Somers house has always been a port of call to North Kilkenny people visiting or emigrating to Western Australia,” he said.

On Saturday, Jim Bolger opened his stables. This event proved very popular and sold quickly with people travelling from all over the country to visit the stables. This has been a very successful year for Jim with winning the Irish Derby.

Later, St. Martin’s held the final of the Dowling Cup. This is an under-12 hurling tournament. St. Martin’s defeated Danesfort. On Sunday there was a 5k road race was held. The runners were blessed by Fr. John Delaney at the start. Peter Baldwin won the male race and Katie O’Neill from Dublin was first woman across the line. St. Martins hosted the final of the Tommy Kinsella tournament on Sunday evening. Comerford park was well attended. Oulart the Ballack were victorious over St. Martins.

A number of other events took place during the festival including “The Ranchers Returns” birthday party, graveyard mass and a vintage display.

The historical display in the hall also proved very popular and the organisers made the decision to run the event for a further week.

It is estimated that 2,000 people attended the events which ran over a ten-day period.