Six medals for our Mary in Michigan 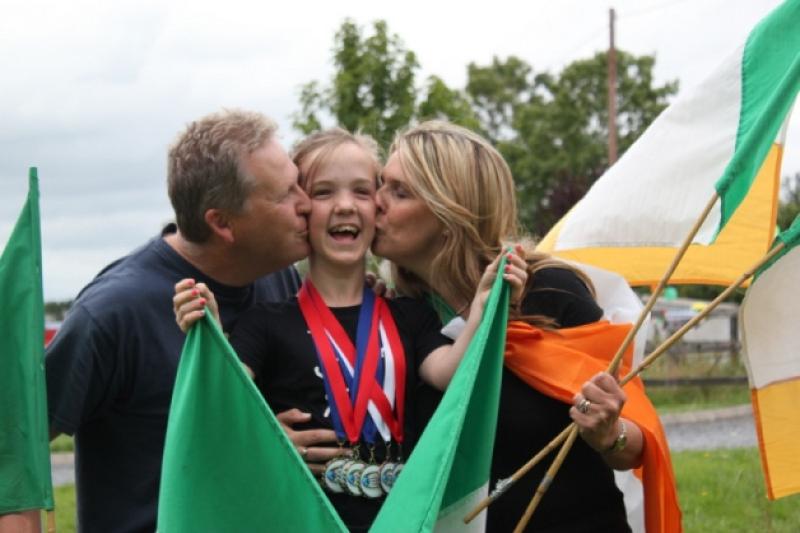 One of the most popular pupls in St Canice’s primary school, Mary, received a civic reception last night (Tuesday) from Mayor of Kilkenny Martin Brett at City Hall in honour of her achievements at the World Dwarf Games in Michigan.

From Tullamaine, Callan, she was surrounded by her family including mam, Evelyn; dad John and brother Patrick along with a host of friends and neighbours in the council chamber where Mayor Brett spoke of her outstanding achievement and of the sense of pride felt by so many people as a result.

The 13-year old won two gold medals, three silver and one bronze and also competed in soccer and badminton.

She also set two new world records in the javelin and 100 metre sprint in which she was almost two seconds ahead of her nearest rivals.

Mary won silver in the 100 metre relay and in the discus while she came away with a bronze in the shot putt.