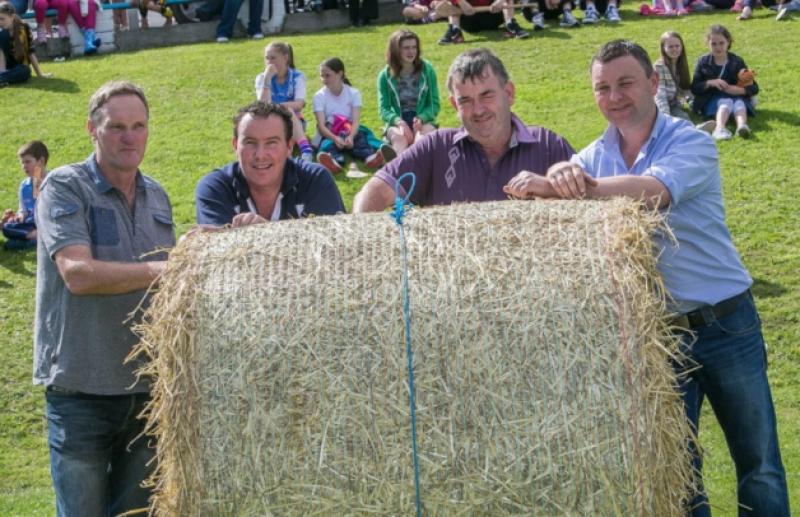 ‘Bailouts’ have become unpopular in recent years, but there’s no denying the popularity of the ‘bale-out’ as held in one local parish on Sunday.

‘Bailouts’ have become unpopular in recent years, but there’s no denying the popularity of the ‘bale-out’ as held in one local parish on Sunday.

The ‘All-Ireland bale rolling competition’, as it is known, made a return this year to Graigue-Ballycallan for the annual family fun day. In the end, the sun shone for the most part, and there was a great turnout for the fun day, which took place at the club grounds.

Organised by Graigue Ballycallan GAA Club and St Brigid’s Camogie Club, it was the fourth year that the event has taken place. And as had been expected, it was bigger and better than ever before.

The huge range of attractions catered for everyone, from the very young, to the elderly. They included stalwarts from years past such as the train rides, face painting, vintage display, both underage hurling and camogie tournaments, Wheel of Fortune, al fresco food, and of course, the ever popular farmers market stalls.

But there were also some great new attractions this year. Among the most popular were bungee trampolines – particularly with children, circular obstacle course, rodeo bull – and even Ireland’s highest inflatable slide.

Those who wanted to keep one eye on Sunday’s All-Ireland hurling semi-final between Limerick and Clare were accommodated also, with live coverage of the game at the event.

But another All-Ireland battle was taking place at the same time locally, as the All-Ireland bale-rolling competitors fought on in the background.

Plenty of punters also went away with a boot or trailer full of firewood. The monster timber auction was a great opportunity to avail of some fantastic prices on fuel for those looking ahead toward winter.

Organisers, sponsors, and everyone who helped deserves great credit for a fantastic day.