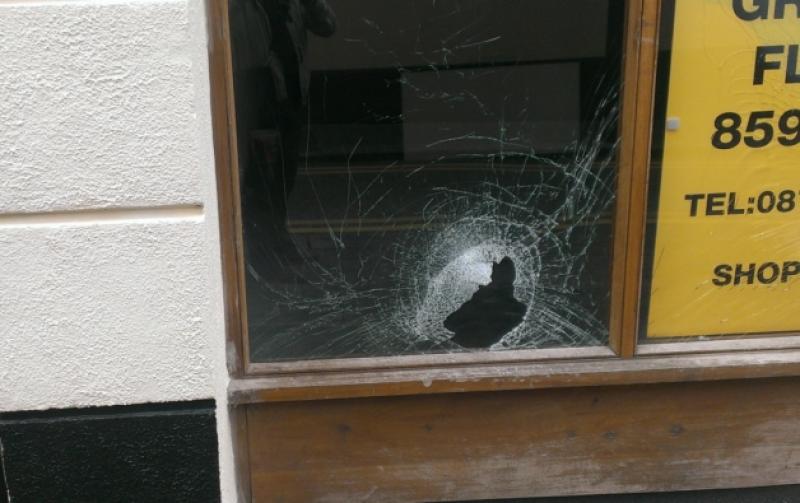 Thugs armed with hurls and sliothars waged a half-hour-long assault on Friary Street’s buildings in the early hours of Sunday morning.

Thugs armed with hurls and sliothars waged a half-hour-long assault on Friary Street’s buildings in the early hours of Sunday morning.

Apartment buildings and vacant shop premises were subjected to a barrage by the vandals, who smashed five large, double-glazed shop windows along the length of the Regency Court buildings. The deafening repeated pounding of the ball and the smashing of glass woke residents. The windows had only recently been put in, as the buildings are all currently being renovated and repainted. It’s part of an attempt to improve the street and make it more pleasant for local businesses and residents – particularly during the Tidy Towns competition. But the area has been targeted by vandals, who also try to hit windows in the adjacent friary building.

The vandalism on Friary Streetseems to have become more brazen. One local resident had even contacted Gardai in the days prior, when a group of four youths – in broad daylight – had gone down the street hitting their ball off each window, before heading towards the Parade.