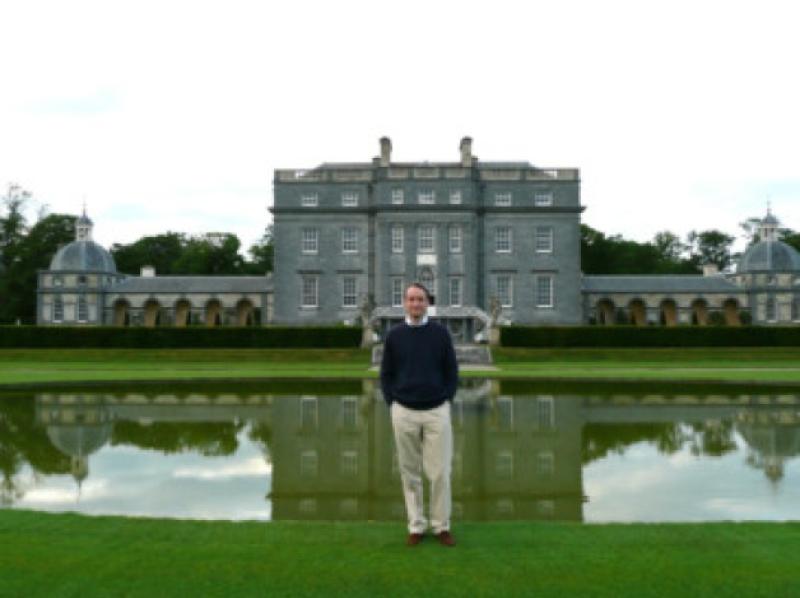 A new book on the hidden historical gems of Kilkenny almost didn’t happen because of a complaint made against the author to police in Ireland and Britain.

A new book on the hidden historical gems of Kilkenny almost didn’t happen because of a complaint made against the author to police in Ireland and Britain.

The document, sent by registered post claimed that Sean Keane of the Kilkenny People had put lives in danger and that the IRA would target the owners of what is arguably, the most beautiful private residence in Ireland, Castletown Cox, Piltown. This was after the story on the house once owned by the late Baron Brian de Breffny appeared in the Kilkenny People. The house is owned by Lord George Magan who is a former chairman of the British Conservative Party. The private banker is a multi-millionaire. He bought Castletown Cox some years ago and restored it to its former splendour.

In the chapter on Castletown Cox, in Hidden Kilkenny, Keane, referred to Lord Magan’s late father, Brigadier Bill Magan who served at the pinnacle of MI5.

In the anonymous complaint to the Police Ombudsman of Northern Ireland; the English Police Service Ombudsman, the gardai and Mr Keane’s employers, Johnston Press, it claimed that by referring to Lord Magan’s father’s occupation as a spy for MI5, the IRA would target the house, burn it down and kill the occupants. The criminal complaint sought to have Mr Keane charged with a number of offences.

No action was taken against Mr Keane and the chapter on Castletown Cox is included in the book which is published this week which explores the largely forgotten but fascinating stories of Kilkenny’s hidden gems, from the thatched villages of South Kilkenny to the often overlooked city treasures of Magdalene Castle and the Bishop’s Palace.