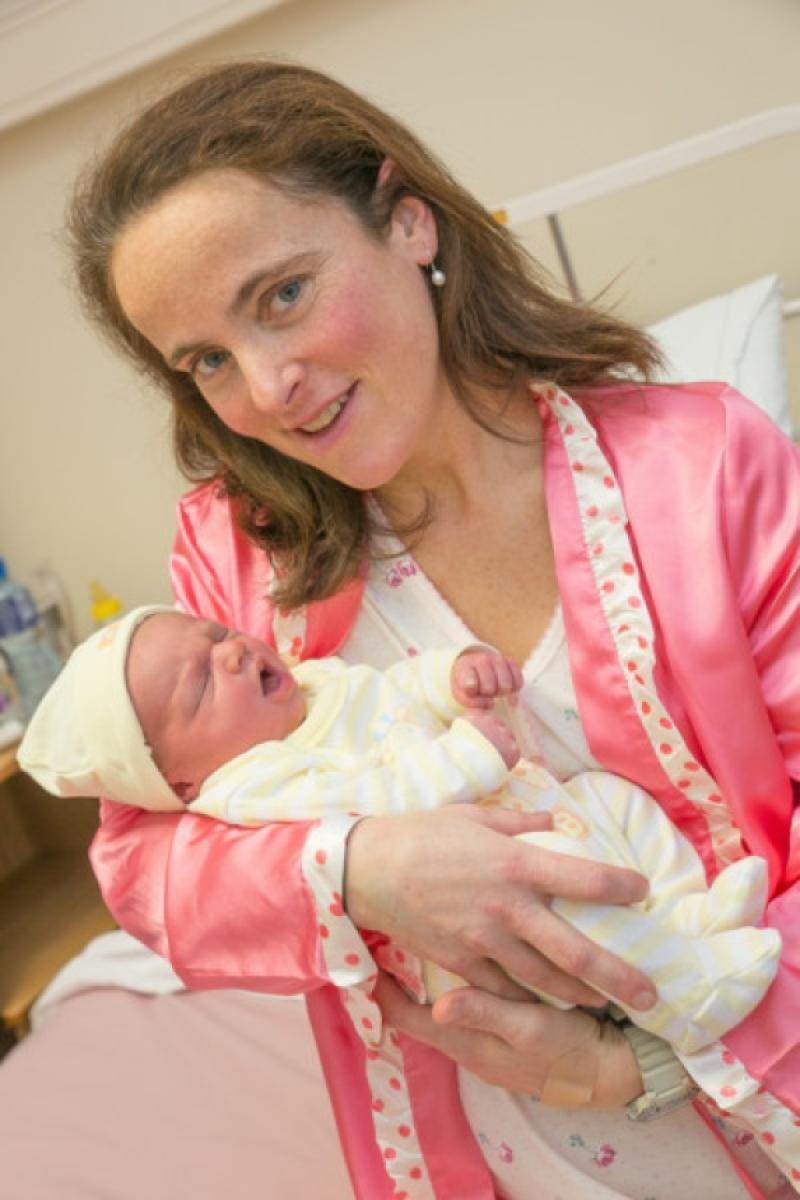 It was smiles all round at St Luke’s Hospital with the birth of three babies on New Year’s Day.

It was smiles all round at St Luke’s Hospital with the birth of three babies on New Year’s Day.

Families and friends are celebrating the births of some very special new arrivals who arrived over the festive season.

On Christmas Day there were four births at St Luke’s Hospital and a further three babies were born on New Year’s Day.

The first child to be born was little Jack Costelloe who was born at 1.24pm.

Weighing 8 pounds and 3 ounces he is a little brother to two-and-a half-year-old Seamus.His parents Esther Kennedy and John Costello who live in Lisdowney are overjoyed at the new addition to their family.

“It is wonderful to see the two boys together and to see Seamus getting to know his little brother,” said his mother.

“We are over the moon. We have two little boys and Seamus is getting used to his new brother,” said Esther who added that the boys would be welcome additions to the local hurling team in years to come.

She is the daughter of Fintan Hennessy and Kira O’Dwyer from Callan and is a younger sister to four-year-old Brooklyn.

“We are all so happy - it is wonderful start to the New Year. Everyone is well and we are enjoying every minute at the moment,” Emily Rose’s father said.

The last New Year’s Day baby at St Luke’s Hospital was Aoibhinn Hyland who was born at 4.55pm and weighed six pounds and 13 ounces.

She is the first child of Alison Hyland (nee Carrigan) who is originally from Clara and her husband Padraig.

“We are delighted with the arrival of Aoibhinn,” said her father Padraig.

The couple live on the Castle Road in the city.

There was also great reason to celebrate at St Luke’s Hospital on Christmas Day when four babies were delivered. There were three boys and a little girl who were born at the hospital on December 25.

There was also plenty of activity at maternity wards in the other hospitals in the Southeast. There were four babies born at Waterford Regional Hospital on December 25.

This included two boys and two girls. There were six babies born on New Year’s Day. This included four girls and two boys. The first baby born of 2014 in the Southeast was born at Waterford Regional Hospital was at 3.05am.