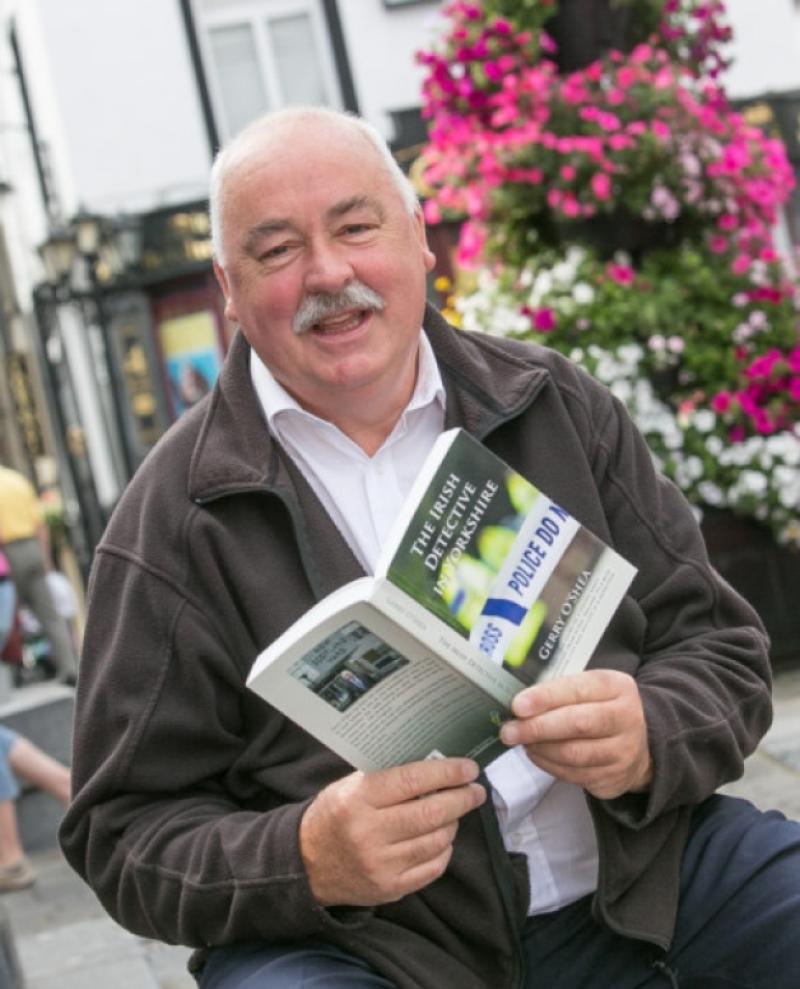 Dealing with the most harrowing and high profile murder cases in Britain and rising to the top of the English police system, Gerry O’Shea has led an incredible life.

Dealing with the most harrowing and high profile murder cases in Britain and rising to the top of the English police system, Gerry O’Shea has led an incredible life.

Now retired two years, the Castlecomer man has put pen to paper and chronicles his amazing career from leaving school at 14 years of age and working in the Castlecomer Yarns to climbing to his position at the top of the English police system.

“The Irish Detective In Yorkshire” will be launched on Tuesday, August 19 at 7pm in the Castlecomer library.

Gerry O’Shea started in England at a time when discrimination was rife and when comedians were openly telling anti-Irish jokes on tv and when boarding houses had signs up “No Blacks and No Irish.”

He encountered different levels of racism in England and this is chronicled in the book. Where he did, he worked twice as hard to overcome it.

However, he said that his experience of England was hugely positive and he has many great friends and loyal former colleagues.

And after reading his fascinating memoir, I can understand how he was so successful and how he made his way to the top.

Gerry O’Shea, is what you would look for in a police officer, strong and commanding, who looks you straight in the eye, means what he says and you know that he is straight and honest.

Armed with these qualities he left home and after a brief sojourn in London, returned to Bradford where after a year or two trying, became a police officer, then a detective and a member of the Criminal Investigation Department (CID).

Some murders just stick out and for Gerry it was the gruesome rape and strangulation of a mother walking to work. Mary Gregson was going to work in 1977 when she was grabbed, beaten, raped and strangled along a tow path of the Leeds-Bradford canal and dumped close-by.

Her husband, Bill died of a heart attack at the spot she was found such was his grief.

And 25 years later, Gerry O’Shea from Castlecomer arrested her murderer, a man who lived just a half mile away and who was initially questioned along with 500 others in a local building site. He gave a DNA sample and he was caught thanks to the huge advancement in DNA profiling. The murderer wet himself when Gerry cautioned him at 6am and Gerry thought of what the Gregson family went through but that justice was finally done.

He ended his career in the Counter Terrorism Unit and armed with passport going to work, could end up in any part of the world. This part of his career has to remain shrouded in mystery because of The Official Secrets Act.

He recalls having to deal with murder after murder and developing a sixth sense when evil was close by and spoke of having to take the initiative when he encountered suspects including who gave him a bad feeling - like one who brandished a knife but didn’t get to use it. Gerry found him going around an estate and told fellow officers afterwards that he thought the man would go on to commit murder. He was right. And it is this intangible sense of malice approaching him that saved him.

And he spoke in the book about his guardian angel and how he protected him.

He came across some very famous people but one stood out - Alex“Hurricane” Higgins. He came across him in a pub in Bradford one night while on duty and felt he was being used by those around him who were getting free drink off him.

He got talking to the late snooker star and was touched by his vulnerability, so he brought him across the road to the Policemen’s club. They played snooker. The Hurricane beat Gerry using the handle of a sweeping brush while Gerry used a cue. “Felt sorry for him because he seemed alright.”

Gerry’s book is available in Stonehouse Books, Kieran Street, Kilkenny and in Holohan’s and O’Rourke’s, Castlecomer.