Clara group is not alone in concerns over Eirgrid pylons 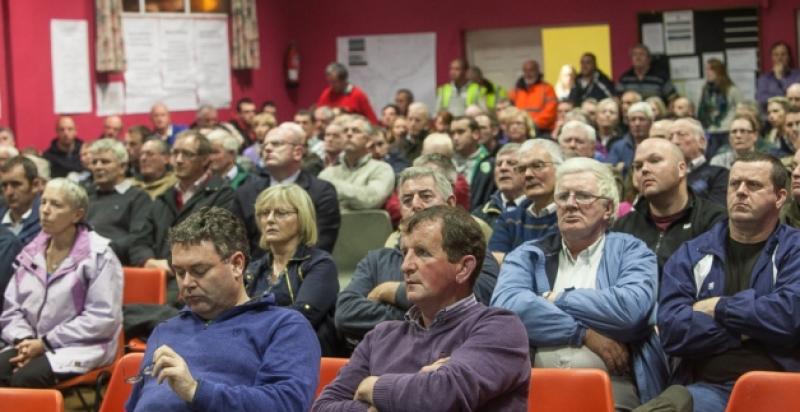 More than 200 people attended a meeting in Clara last Thursday to discuss Eirgrid’s plans to build a new network of pylons and cables.

More than 200 people attended a meeting in Clara last Thursday to discuss Eirgrid’s plans to build a new network of pylons and cables.

While the route for the new powerlines has not yet been selected, several of the possible corridor options run through Kilkenny. The Clara meeting was the latest in a series of events organised by local community groups to inform people about the project. Other meetings have been held in Piltown, Carrickbeg and Carrigeen.

Local senator Pat O’ Neill attended the Clara meeting, and said it had given people much food for thought. He has a number of concerns about Eirgrid’s plans, over the impacts they could have on property values, farms, peoples’ health, and tourism/scenery.

“It was a good meeting an excellent presentation,” he told the Kilkenny People.

“Eirgrid have to put all the facts on the table. They must answer all questions about it.”

The Fine Gael senator is not satisfied with Eirgrid’s assertion that undergrounding the lines would not be feasible. And, in the event that it isn’t, he wants the line to run at least 200 metres from any house – instead of just 50 metres.

“I will be raising this in the Senate on November 5, and asking Minister for Communications Pat Rabbitte about how it is being done, about farms and about health issues,” he said.

A petition has been set up www.change.org calling for the Government to halt project until alternatives to overground cables can can be presented. A second petition calling for the undergrounding of the cable on www.avaaz.org has over 1,300 signatures already.