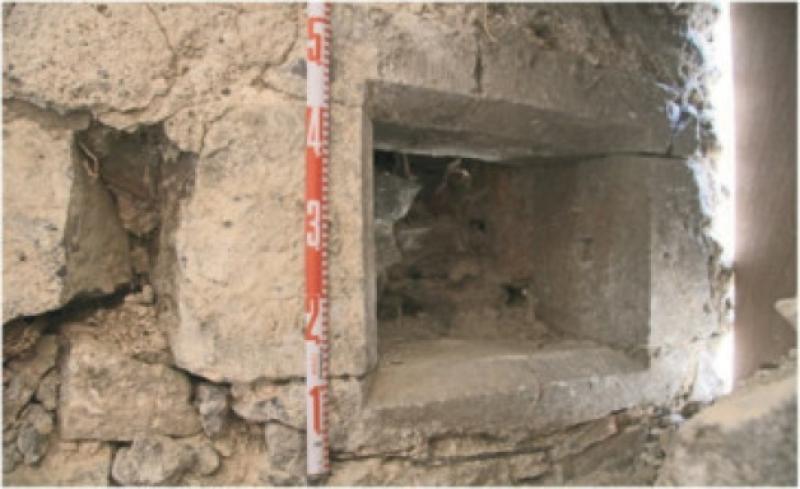 John Bradley is a senior lecturer at the Department of History NUI Maynooth and recognised authority on Kilkenny history. He says that despite Kilkenny County Council’s public statements to the contrary, the latest Central Access Scheme (CAS) archaeological reports on the two houses to be demolished to make way for the road and the bridge over the Nore, emphatically prove that a structure from the medieval period is in fact upstanding at No22 Vicar street.

He added that Kilkenny County Council and their consultant archaeologists VJ Keeley Ltd had consistently refused to concede that medieval fabric was present in the buildings, despite multiple expert opinions to the contrary.

“The critical piece of new evidence is a medieval cut-stone window in the southern gable wall of No.22 Vicar Street. When this is added onto what we already knew from previous archaeological reports – the projecting chimney breast and quoin stones – the case for a medieval structure at Vicar Street is now indisputable,” he said.

Mr Bradley agreed and said Keeley’s assertion that there is no evidence for the medieval manse house of the prebend of Tascoffin at 21-22 Vicar street was unsupported by the facts.

“The historical documents that they use to frame their case, in particular the 1679 Otway visitation, are well known to be unreliable,” he said.

“In the light of this new information it is impossible to countenance that the houses at Vicar Street could be demolished for the CAS. It is time to abandon this project. Kilkenny’s future lies in caring for and enhancing its past, not running roads through it,” Bradley said.

The archaeological reports were obtained recently by An Taisce through Freedom of Information.