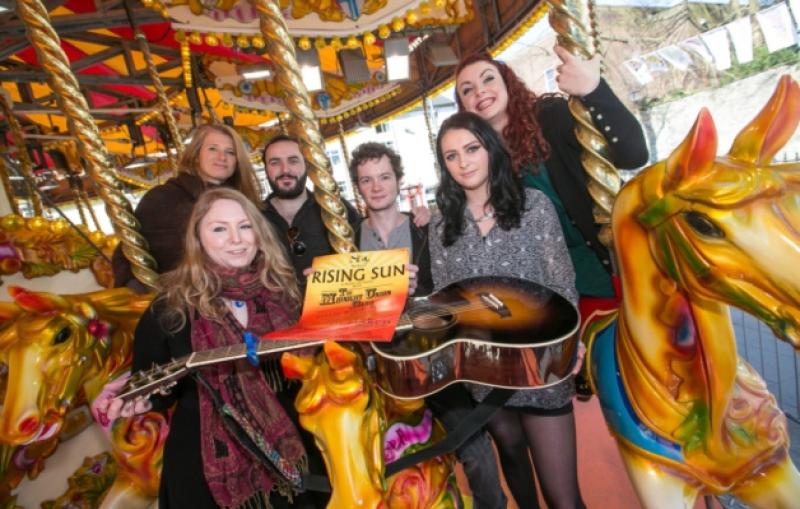 Some of Kilkenny’s finest singers and musicians will participate in a charity fundraiser for the Philipines in the Set later this month.

Some of Kilkenny’s finest singers and musicians will participate in a charity fundraiser for the Philipines in the Set later this month.

In November last year, The Midnight Union Band and Little Black Wren - released Rising Sun, a charity single co-written and recorded in response to the devastation caused by typhoon Haiyan in the Philippines.

Not content to stop at the single’s release, the acts are now contributing to A Night of Music with The Midnight Union and Little Black Wren in the Set Theatre in Kilkenny on Saturday 29 March at 9pm with all proceeds going to Oxfam Ireland’s Philippines Appeal.

They will be joined by Jen and Elise Ramsbottom, Stephen Murphy and Karol Ryan will also take part on the night.

Stephen Murphy is making a welcome return to the stage and it is his first performace in a number of years.

Cousins Jen and Elize are also a great addition to the bill with their haunting melodies and harmonies.

Oxfam Kilkenny Shop Manager Aoife Doran said: “Oxfam has just launched Heroes, a new campaign that encourages people across Ireland to celebrate the inspirational people in their lives. I believe Shane Joyce, Peter Flynn, Brian McGrath, Cian Doolan and John Wallace from The Midnight Union Band and Kairen Waloch of Little Black Wren are heroes along with all the other performers.

“People like them, who generously donate their time and talent to Oxfam, are the local link in a growing global movement of people tackling poverty and injustice. We couldn’t do what we do without them and each and every one is a hero.

“Thanks to the support and generosity of the people of Ireland, Oxfam has provided emergency relief to almost 550,000 people in the Philippines, providing people with hygiene kits, sanitation services, cash support, water kits and shelter materials.

“However the needs across the worst hit areas remain enormous, particularly in areas of shelter, protection, livelihoods and sanitation and so we are so grateful to The Midnight Union Band and Little Black Wren for taking part in this fundraising event.”

Rising Sun is currently on sale in the Oxfam shop in Kilkenny as well as on Amazon and iTunes, with all proceeds from the sale of the single going to Oxfam Ireland’s Philippines appeal.

For more information or to buy tickets which are €10, contact Oxfam Kilkenny on 056 776 2085. Tickets are also available through www.set.ie

All proceeds will be donated to the Oxfam Philippines appeal