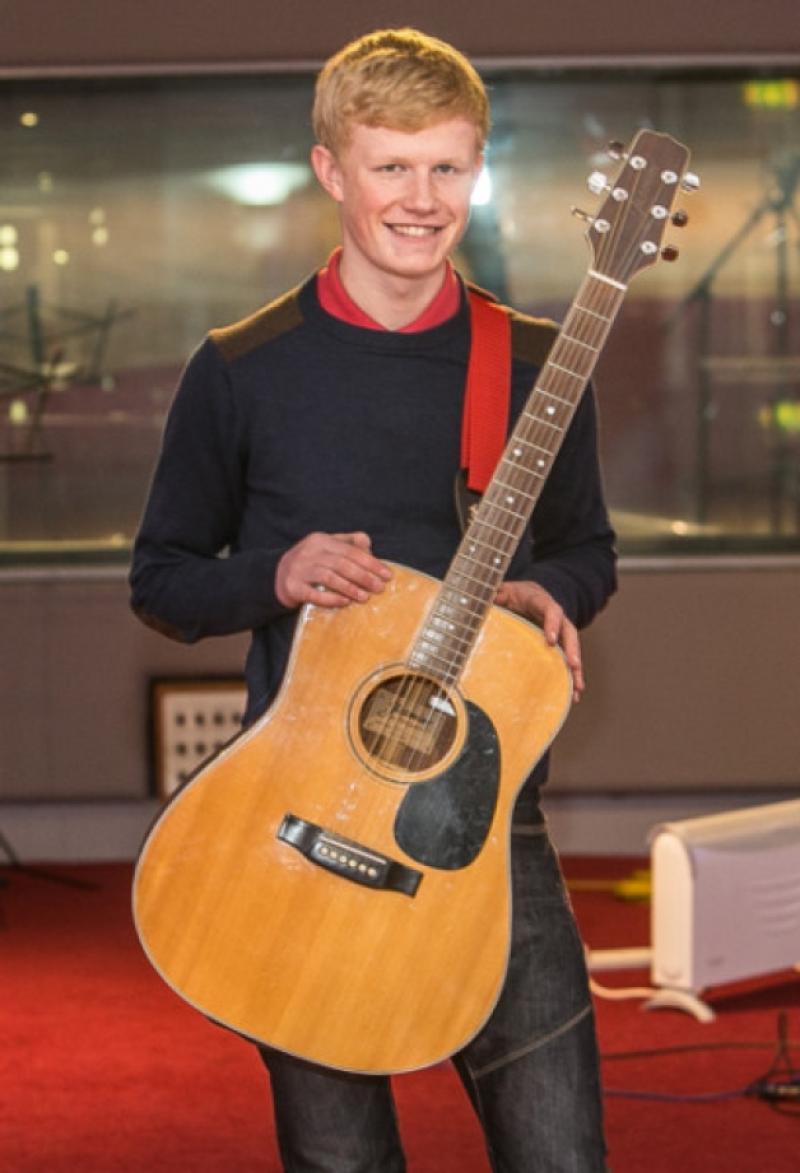 The fifth year student at St Kieran’s College came to national attention earlier this year when he spoke publicly about the deaths of his father and brother to suicide.

The track contains his own original track Survivor, which he wrote as a tribute to his mother Angela. He will also perform ‘Bring him Home’ from the hit musical Les Miserables and ‘The Auld Triangle’.

“The words from ‘Bring Him Home’ gives me a lot of strength and that is why I choose to sing that song. ‘The Auld Triangle’ is the first song I learned, my father taught me when I was three or four years old,” he said.

“I am really looking forward to the launch. It is all about raising awareness and helping people who are going through difficulties,” he said.

The Thomas Hayes Trust was established to commemorate the life of Alan’s brother Thomas who died in 2011. The objectives of the trust are to financially assist groups working with young people, suicide prevention and counselling. All funds raised will be distributed to local and national groups and associations as chosen by the trustees of the fund.

The launch takes place at 8pm and all are welcome to attend.