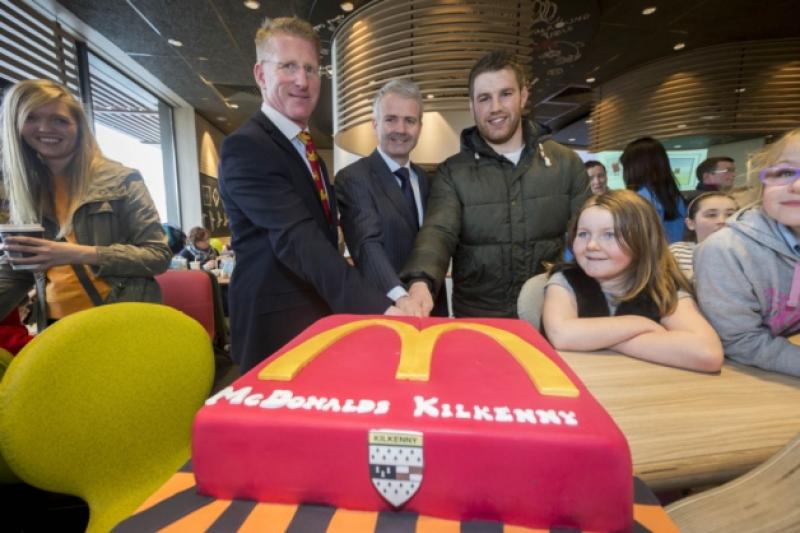 McDonald’s Restaurants of Ireland today officially opened its new drive-thru restaurant on Hebron Road on the outskirts of Kilkenny city.

McDonald’s Restaurants of Ireland today officially opened its new drive-thru restaurant on Hebron Road on the outskirts of Kilkenny city.

Irish and Leinster rugby star Sean O’Brien was on hand to officially open the new restaurant. McDonald’s has invested €3 million into the new development and has created 60 new jobs.

The new flagship drive thru restaurant themed “Spirit of Family” features self order kiosks, Samsung Galaxy Tablets, an interior play area, a birthday party room and is the first of its kind in Ireland.

The delivery of the new 60 jobs is the latest phase in McDonald’s expansion plans and commitment to creating 700 new jobs and open 12 new restaurants, investing over €20 million in McDonald’s Ireland by the end of 2015.