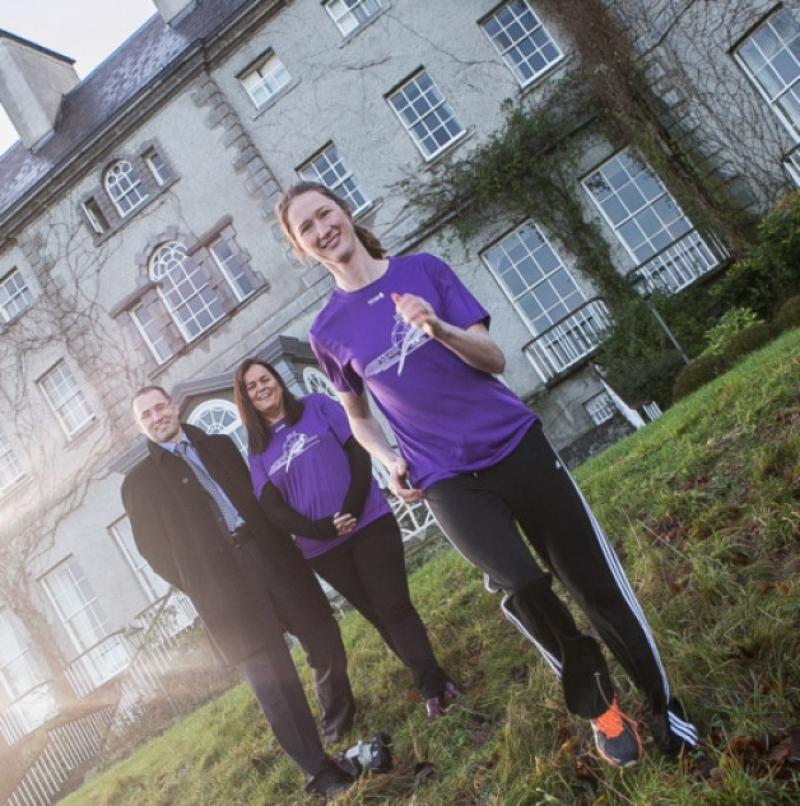 Two time Olympian and Kilkenny native Joanne Cuddihy was at Mount Juliet Estate in Thomastown to announce that its charity running event ‘Run Mount Juliet’ is to return for a second year.

Two time Olympian and Kilkenny native Joanne Cuddihy was at Mount Juliet Estate in Thomastown to announce that its charity running event ‘Run Mount Juliet’ is to return for a second year.

Taking place on Saturday, February 15 the running event consists of three races, a 3Km, a 10Km and a half marathon, offering something for everyone from New Year runners to seasoned athletes.

Following a successful event in 2013 ‘Run Mount Juliet’ offers running enthusiasts a fun and healthy way to spend a Saturday morning as well as raising money for local charities. In addition to last year’s event, one of three Kilkenny charities will be the lucky recipient of a 2014 Toyota Yaris. Kilkenny locals and race participants are being invited to vote for the charity closest to their heart, and the charity with the most votes will then receive the keys to the Yaris on the day of the race.

The three chosen charities as nominated by the staff of Mount Juliet are Cois Nore which raises funds towards cancer support in Kilkenny, GROW, a Mental Health organisation, and St. Patrick’s Centre, which provides residential care and development opportunities for children and adults with an intellectual disability.

Runners will start each race in the magnificent grounds of the Georgian Mount Juliet Estate. Participants running the half marathon and the 10K will run their first 5K in the grounds before heading out toe the beautiful surroundings of Stoneyford before completing their races in the Mount Juliet grounds.

Event Ambassador Joanne Cuddihy said of the event: ‘’I’m delighted to support such a fantastic event which helps three local charities who all do such great work in Kilkenny. Running against the backdrop of the stunning Mount Juliet will be a fantastic experience for all involved!’’

Event Organiser Caroline Walsh said that Mount Juliet is delighted to be hosting this running fundraiser for a second year: ‘’The Run Mount Juliet event was such a success last year we are thrilled to see it return once more. It gives people a chance to get out and get some fresh air while raising funds for three important charities. We are proud to be supporting sport in the area and having the run take place on the Mount Juliet grounds is really special.’’

For further information sign up for Run Mount Juliet and to vote for your local charity visit www.runmountjuliet.ie