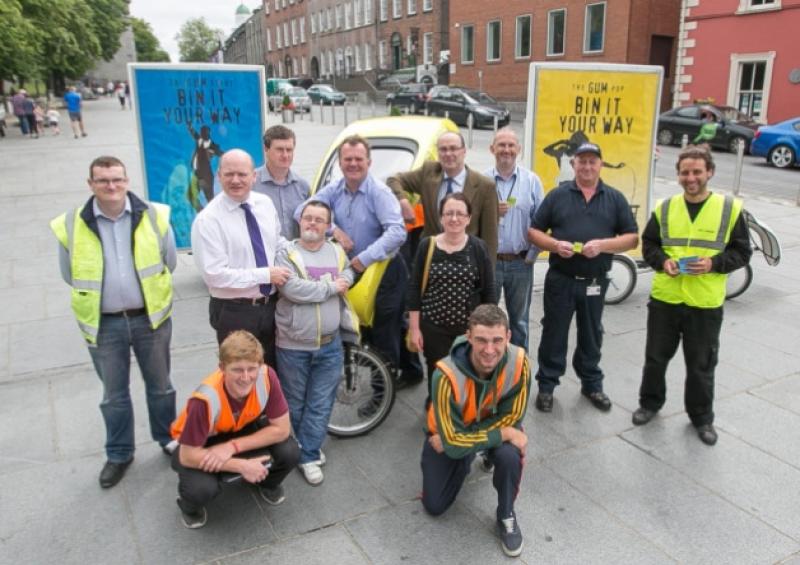 Kilkenny’s Medieval streets have been looking a lot cleaner in recent months, following an initiative to encourage people to dispose of their chewing gum responsibly.

Kilkenny’s Medieval streets have been looking a lot cleaner in recent months, following an initiative to encourage people to dispose of their chewing gum responsibly.

“Looking at the most recent litter surveys completed in 2013, the decrease of gum on the streets compared to previous years indicates that there has been a positive response to the Gum Litter Taskforce,” said Bernadette Moloney, environmental awareness officer with Kilkenny County Council.

“From speaking with members of the street-cleaning crew in Kilkenny City, they have observed people making more of an effort to ensure their gum goes into a bin and the city engineering department has also piloted a new surface coating on pavements which deters gum from sticking to the stone surfaces which also seems to be working.”

‘bin it your way’

The statistics were revealed as the county council held another Gum Litter Taskforce (GLT) event, calling on people to ‘Bin It Your Way’. The mid-campaign boost which took place on the Parade in a riot of colour with the eyecatching ads displayed on GLT ad-bikes and a GLT media bike.

The ‘Bin It Your Way’ campaign is in its third year and promotes the correct disposal of gum litter in a fun and energetic way. A survey conducted at the end of last year’s campaign showed a baseline reduction in gum litter of 33% and a post campaign attitude survey found that 93% of people believe that disposing of gum irresponsibly is littering.

Speaking at the event, Philip O’Neill, director of services at Kilkenny County Council, said the council was delighted to support the event and encourage the public to ‘Bin It Your Way’.

“Littering is unacceptable, this campaign has been successful in promoting this message and we are proud to be a part of such an important campaign,” he said.

The ‘Bin It Your Way’ game is available free to download from the App store and Google Play.

Kilkenny County Council has said that, while the success of the gum litter taskforce must be celebrated, efforts must now focus on eliminating the dominant litter type – cigarette litter.