The power of love, family and The Jack and Jill Foundation in Kilkenny 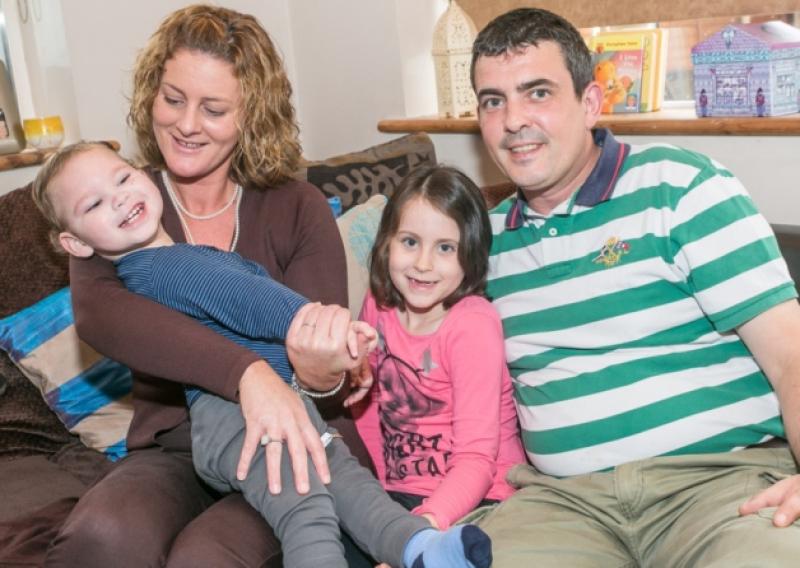 The love and courage shown by Kilkenny families affected by infant brain damage is reflected in the incredible support network they are part of through a non-state agency.

The love and courage shown by Kilkenny families affected by infant brain damage is reflected in the incredible support network they are part of through a non-state agency.

Without The Jack & Jill Children’s Foundation couples like Lorraine Devane and Ned Butler would not be able to cope.

Lorraine, the daughter of the late Ger Devane and Ned from Pallasgreen, Co Limerick are allowed 44 hours a month of specialised nursing care from highly trained professionals who come into their home and mind the beautiful Michael who is just two years of age.

Michael is one of the nine Kilkenny children, who fight an uphill struggle to cope with a myriad of medical problems that makes every day with them special. And the nurses, Dee and Dav, provide the specialised care, going above and beyond the call of duty, to make the long hours of caring for Michael easier for Lorraine and Ned. It provides them with a little break from the daily routine which is challenging to say the least allowing them a maximum of four hours sleep per night.

Ned puts it best: “We are thankful for what we have. We’ve been to all the hospitals around the country at this stage when you see the situations that other people have, you just thank God for your smiley little man and the way he interacts. He does his best to try and get involved. There is frustration with him at times. He wants to do things and he can’t. Hopefully we’ll push ourselves over that line as well eventually. As far as his condition is concerned we don’t know what road we have in front of us. At the minute he has a lot of gut issues as well as the neurological stuff. If we could just put that to bed,” he said as he looked over to the sofa where his son Michael was laughing in the arms of his doting granny, Anne Devane. She is another lifesaver along with aunties Carmel Devane (now Galvin), Helen Devane (Cleere) and Ned’s father drives regularly from Pallasgreen, Co Limerick to mind his grandson. There have been a number of emergency situations with Michael so time is precious to the Butlers.

Ned admitted that hope can often kick you in the teeth but that the Jack and Jill nurses always give hope, provide understanding and are never in a rush.

“Without the Jack and Jill Foundation I don’t know what Ned and I would do,” Lorraine said from their home off the city’s Freshford Road.

Lorraine feels The Jack & Jill Foundation does not get enough publicity for the enormous help they give families around the country. The charity depends on the generosity of the public to keep going and which in turn makes such a difference. The website gives details of how you can help.

The Foundation gives families “the gift of time” - Time to do the things that are often take for granted like shopping, taking their other children to the park or a night’s sleep. The problem for many of these families is what happens the specialised car when they reach four years of age.

And while the Laura Lynn Children’s Hospice has been great as have the nurses in St Luke’s Hospital, Kilkenny while the Mercy Hospital, Cork has been a second home to them after they were unable to get into Crumlin or Temple Street with him, the long term future is uncertain. “The Mercy have been brilliant in every way and it was here we were introduced to the Jack & Jill Children’s Foundation which changed our lives for the better at a time when Michael was on a cocktail of drugs and we didn’t know where we were,” Ned said.

Abby Butler, their six year old daughter is a Godsend and helps to mind her little brother. She is a treasure around the house helping as much as she can.