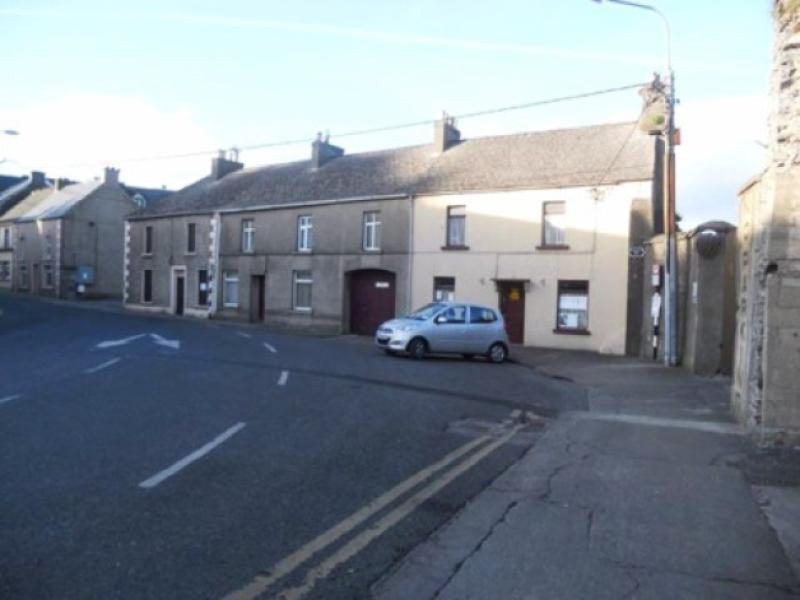 Local archaeologist Coilin O’ Drisceoil has rejected the council’s ‘preliminary report’ on the Vicar Street houses due to be demolished as part of the Central Access Scheme.

Local archaeologist Coilin O’ Drisceoil has rejected the council’s ‘preliminary report’ on the Vicar Street houses due to be demolished as part of the Central Access Scheme.

There has been an ongoing debate about whether or not parts of a medieval cleric’s house still survive on the site. Just three medieval Cathedral manse houses still survive in Ireland (the others are in St Canice’s Close).

Historic buildings consultant Rob Goodbody made a presentation last Monday to members of the borough and county councils. Mr O’ Drisceoil disagrees with his interpretation of the documentary record.

“The claim made last week by the archaeologists that ‘the manse house of the prebendary of Tascoffin had gone before 1679 and hence none of the present buildings incorporate its remains’ needs close scrutiny,” said Mr O’ Drisceoil.

“The sole evidence used to support the statement is an extract from a 1679 description of the see of Ossory by bishop Thomas Otway: ‘there belongs to the Prebendary [ie. of Tascoffin] a piece of waste ground in the Iristowne, where formerly the manse house stood...on which manse there is now a thatch house built where one Daniel Connell liveth’. On first glance this could be taken to imply that the old manse had been completely knocked, but a closer reading of the rest of the Otway document and an understanding of the historical context in which it was written casts serious doubts on its veracity.

“The Otway visitation was created when measures were being taken to rebuild the St Canice’s cathedral close after the destructions wrought by the Confederate and Cromwellian wars and it was therefore in the Bishop’s interest to paint as bad a picture as possible in order to maximise funds for its reconstruction. And so this is presumably why Otway notes, for instance, that the Chancellor’s manse had been completely destroyed – ‘where the manor [manse] house of the Chancellor (which was by the late wars totally ruined) formerly stood’ – when the reality is that today extensive remains of this medieval building can still be seen at no17 Vicar street. This all suggests that Otways description of the Tascoffin manse cannot be taken at face value.”

Mr O’ Drisceoil, who is the director of Kilkenny Archaeological Society, says there is still every reason to believe that part of this building is incorporated into the standing houses on Vicar street, as was first noted in 1884 by Kilkenny historian John Hogan.

“The archaeological evidence for this is to be found in the south gable of No 22 whose stone chimney breast with shouldering finds clear parallels in Renaissance buildings in Kilkenny and further afield: for example Rothe House, the former Shee House/Parliament House, and the ‘Town Hall’, Fethard,” he says.

“The CAS archaeologists admit that the gable is from an ‘earlier building’ than the rest of the terrace, but have refused thus far and without offering any cogent evidence to back up the assertion, to entertain a pre-1700 date for the structure. Perhaps the ‘preliminary’ report on the archaeological findings does present arguments in this regard but this has not yet been made publically available, despite a commitment some weeks ago to the contrary.

“The archaeologists also state that the gable cannot be associated with the manse house because it is located outside its property plot: ‘the building to which the southern gable wall of No 22 Vicar Street originally belonged, was on land which was not part of the property defined as the prebendary of Tascoffin’. This conclusion is not supported by Otway’s very detailed and accurate accounts of the boundaries of the manse and its surrounding buildings, all of which place the house unequivocally along the street frontage at 20-22 Vicar street.”

Mr O’ Drisceoil says that the case remains to be proven that the medieval manse house is ‘gone’ from 21-22 Vicar Street and this is evidently a view that is also shared by the national monuments service (the government agency charged with protecting archaeological heritage) who have asked for further investigation of the site in the form of historical research and test excavations.

“And it cannot be stressed often enough that the evidence for the existence of the manse house at Vicar street is just one reason, amongst a host of others, why the Central Access Scheme should not proceed,” says Mr O’ Drisceoil.