Lintown residents fought for years to have issues addressed 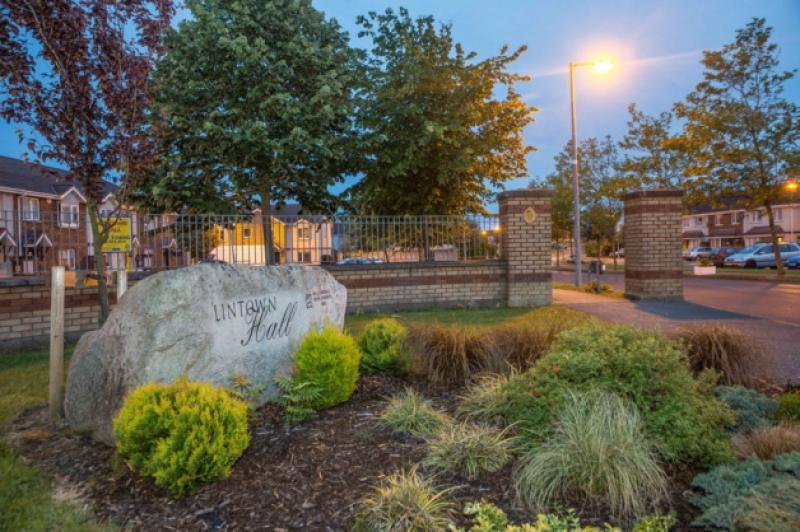 Frustrated residents at the Lintown Hall housing estate have spent years trying to get works such as traffic-calming measures completed, but to no avail, the Kilkenny People has learned.

Frustrated residents at the Lintown Hall housing estate have spent years trying to get works such as traffic-calming measures completed, but to no avail, the Kilkenny People has learned.

At times, the residents have even reached into their own pockets to pay for items such as ‘Children at Play’ signs. It is over five years since the evening of March 24, 2009, when the estate’s residents came together at a public meeting to discuss issues such as speed ramps, and what they could do to progress their situation.

Some 280 people signed a petition, handed into Kilkenny County Council, asking that the ramps be built in the estate. The Lintown Residents Association was also formed that March, with John Comerford as its chairman.

Mr Comerford says that trying to progress issues regarding the estate has been a drawn-out and frustrating experience for the residents.

The issue has been complicated by Willowbridge Developments Ltd going into receivership, and a number of other parties becoming involved at various stages, such as in 2007 when a Deed of `Transfer and Conveyance was made.

In July of 2010, Mr Comerford wrote to the county council on behalf of the Residents Association. He received a response informing him that the developer had made an application to have the estate taken in charge.

That same year, the council served an Enforcement Order on Newlyn Developments and Willowbridge Developments, instructing them to finish the estate by completing outstanding works.

In May of 2011, Mr Comerford wrote to Kilkenny County Council asking for an update on the taking in charge, and requesting a meeting with local councillors. He received a response a number of days later saying that the taking in charge would not be completed until the outstanding issues were addressed, and that a meeting with councillors would be ‘premature at this stage’.

Receivers KPMG were appointed to developer Willowbridge Developments Ltd in 2012. Then, in August 2012, Mr Comerford met staff in the council’s planning section.

Fourteen months after this meeting, in October 2013, Mr Comerford received a letter from the council noting that ‘little progress’ had been made. The council said it was engaging the receiver to discuss calling in the bond.

“If no progress is made by the end of 2013, Kilkenny County Council may undertake a claim on the bond… and carry out the remaining works,” says the correspondence.

On July 1, Mr Comerford received another letter saying that Kilkenny County Council has been engaging with a new owner of the development to progress the taking in charge application.

It’s understood that the council has since met representatives of Lapithus Management Ltd, the company that has recently purchased Lintown. Lapithus has reportedly told the council it is their preference to undertake the works.

However, it is not yet known how much more the works will cost, and the council has not said how much the bond is worth. It is unclear if the bond would be sufficient to cover the works required, should the matter arise.

Some of the residents are concerned that the works needed to bring Lintown Hall up to a standard where it can be taken in charge will cost more than the value of the bond on the estate. This could mean that some of the works would have to be prioritised ahead of others.

Furthermore, there is some legal uncertainty as to who is responsible for the estate’s roads and services at present, following a Deed of Transfer and Conveyance from 2007, which transferred the ownership of ‘Common Areas’ referred to in a map. It is unclear if this also refers to the roads and services, as they are not mentioned explicitly, and the map which delineates the Common Areas has not been found.

This is an issue that may have to be resolved by the original developers and their licensees.